In Exchange for art

KOCHI:  They have travelled to 54 countries, only using gifts and never money to reach their destinations. Sounds unbelievable? Meet the artist couple Sergey Balovin and Claudia Beccato, founders of the ‘In Kind Exchange’ project, who did just that, bartering their way across the globe and exchanging their art for plane tickets, food and places of stay.  Most recently, the artists, who were in Kochi, as part of the project, say they received a number of gifts, which included food, drinks, train tickets to Mumbai and some spices.

Sergey, initially founded the programme in 2010, when he realised that as an artist he was becoming more focused on consumer demand and financial well-being rather than his own artistic vision. He stopped putting a price on his art-works and started furnishing his apartment in Shanghai, China, where he had just moved, bartering his art for pieces of furniture and household appliances. To his surprise, he was able to completely furnish the place. 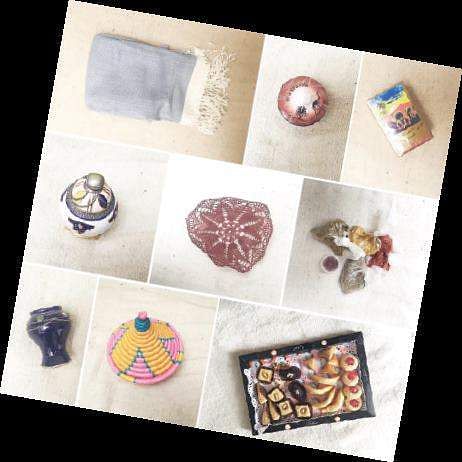 “I published an announcement that I would make portraits for anyone in exchange for something useful for my apartment. In two months my house had everything, from candles and dishes to furniture and household appliances. Moreover, I had made a mass of interesting acquaintances and new friends. I started to take photographs of all the gifts and to write down stories of people who came visiting. So a humorous experiment turned into a big project,” says the artist.

Soon, Sergey began popularising this concept via social media where he started receiving a lot of invitations from across the globe. “I decided to refuse money and began to define objects of exchange based on their practicality. For travel, I suggested things that can come in handy. So, I received a backpack, matches, a first-aid kit, a compass and a mobile phone. In return, I make ink portraits,” he said.
The initial years of the project took place in China, Russia and the Balkans. His means of payment was doing portraits for people.

He also started exhibiting photos and images of what people were giving him. In 2015, he met like-minded artist Claudia whom he married. Sergey started the money-free worldwide tour with this project in 2013. ‘We want to experiment how people value art’“Through this project, we don’t want to tell anything to people. Instead, we want to ask people about art. We want to experiment how people value art and the work of the artist,” said Claudia.

Sergey adds, “On the one hand, ‘In Kind Exchange’ proves that it is possible not only to survive but also to live very interestingly without money. On the other hand, the project offers an opportunity to any one to become the owner of the work of the artist, who is independent on both a financial and social level.”

Unusual gifts
Some of the most unusual presents, the couple has received include a drum set, and a gold medal in karate. The expensive ones included a MacBook Air, an iPhone 5S and a ‘round the world’ flight ticket. He has even received an expired driver’s licence. Many famous people have also been involved in the barter project, says the artist, including the Minister of Finance of Switzerland Amman Schneider, the Minister of Culture of Bosnia and Herzegovina Oleg Garkusha, designers, bloggers, composers, and film directors.