Karshika Mela: As organic as it gets

The Karshika Mela organised by Agri Friends and Rohini Samskarika Vedi boasted a variety of vegetables.

KOCHI: From spinach to pumpkins and dragon fruit, a variety of vegetables were on display, lending a spread of lavish colours. It was a union of organic farmers, who had gathered together with a variety of produce. The occasion was the Karshika Mela and Malayora Krisha Sastra Congress for farmers held at Palode in the district, organised by Agri Friends in association with Rohini Samskarika Vedi.The organisation has been regularly conducting the Krishi Sasthra Congress for children and the event is being held for the farmers for the first time.

D R Jose, president, Agri Friends said, “We organise events for children regularly, looking at creating more awareness on organic farming among them as well as to create support for the cause. However this time, we decided to focus on farmers only. Farmers are a section of people who don’t get the dues they deserve.” 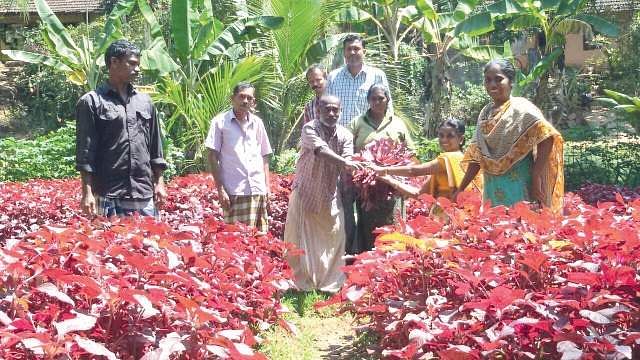 The 55th agricultural mela had many a different kind of organic vegetables on display, in an area of around five acres, according to the Agri Friends president. He adds, “There was all kinds of vegetables, and around 232 organic farmers from Nanniyode, Vamanapuram and other surrounding areas.”

Awards and certificates were distributed to all the farmers present on the occasion while a few bagged prizes for their efforts in organic farming. Examples were Pangode Vijayan, who was able to get a revenue of around four lac per annum from his four acre organic farm cultivating vegetables and in particular dragon fruit, and P K Sukumaran, among others. The awards were distributed by Kadannapally Ramachandran.

Now we are on Telegram too. Follow us for updates
TAGS
organic farmers Karshika Mela