Coming out strongly against the the violence on the Maharaja's College campus, Finance Minister T M Thomas Isaac on Monday said some fringe groups want to bring in IS elements into the college campuse

KOCHI: Coming out strongly against the violence on the Maharaja's College campus, Finance Minister T M Thomas Isaac on Monday said some fringe groups want to bring in IS elements into the college campuses in the state. 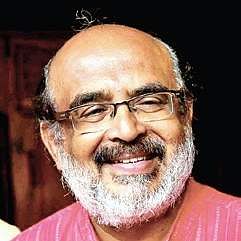 "It's time we ditched the neutral stand being taken against such violent acts," Isaac told Express. "Such acts are perpetrated by a group of people who believe in violence and with its help, want to bring in IS elements to the Kerala campuses. Such violent acts should be unconditionally and strongly condemned by everyone who wants secularism and peace on the campuses," he said.

According to him, these fringe groups, whose philosophy and the outlook is to communally polarise the campuses in Kerala, have only one weapon - violence. "It should be condemned. Let's all take a stand against such people," he said.

The Finance Minister said there should be no ban on campus politics. "If such a ban is imposed, a vacuum will be created and this lacuna will turn into a breeding ground for these groups with violent tendencies," he said.

"The question is not about campus politics, but about right politics. Only by having a democratic and secular kind of politics on the campuses can we defeat these fringe elements which are trying to gain a foothold on Kerala campuses," he said.