The killing of Abhimanyu, a 20-year-old student and SFI activist, at the Maharajas College in Ernakulam has put the spotlight on what the absence of healthy politics in the campus can lead to.

KOCHI: The killing of Abhimanyu, a 20-year-old student and SFI activist, at the Maharajas College in Ernakulam has put the spotlight on what the absence of healthy politics in the campus can lead to.
According to P T Thomas, MLA, a product of student politics, the campuses today don’t have a healthy political scenario. 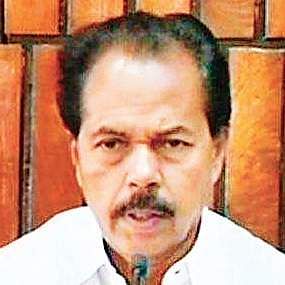 “There is no democracy. Every student organisation, especially the SFI and the ABVP want to rule supreme. They don’t allow other organisations to set foot inside the campus. The students at these institutions don’t have any choice. And the organisations that actually make the most of this situation are the ones with communal shade or militant outlook,” he said. Thomas said campus politics, albeit a democratic one, should be allowed.

On the legislation to facilitate student organisational activities in all educational institutions, including private self-financing colleges, Thomas said I believe that politics should be allowed on the campuses.
“But that is possible only if there is peace on the campuses. If students can arrive at amicable solutions to every disagreement, campus politics will be a good idea,” he added.

Simon Britto, former MLA and CPI (M) leader too were in favour of campus politics. “It improves the atmosphere of the campus. Only students can bring to light the problems faced by them. But, it should be the right kind of politics. Presence of such student organisation will act as a deterrent to the incursion of groups like Campus Front of India,” he said.

Britto was confident that Monday’s incident will have no repercussion on the proposed legislation.

More from Kochi.
Now we are on Telegram too. Follow us for updates
TAGS
Maharaja college SFI Abhimanyu Abhimanyu murder