So, who is Kochi rooting for? 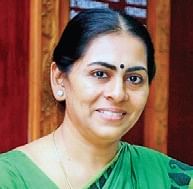 KOCHI:The long wait for the 2018 FIFA World Cup is almost over as host nation Russia take on Saudi Arabia in the inaugural match at Moscow from 8.30 pm on Thursday. The whole world will have their eyes glued to the television sets during the 90 minutes -- and we in Kerala are not any different.
Footballers past and present, politicians and celebrities from the state are all keeping a close watch on world football these days and will be cheering their favourite teams on during the 21st edition of the world championship -- with most of the support still going for the two Latin American countries -- Brazil and Argentina.

Since I am a fan of Lionel Messi, I always want Argentina to lift the world cup. I hope this time Argentina can perform as per the expectation of their fans. I wanted to see a final match between Brazil and Argentina.

Like other football fans, I am also an ardent fan of Argentina. My affection and love towards the team started ever since I saw Maradona play. Now the team has another legend and that is Lionel Messi. This time the line up of the team is so strong compared to other. Though Brazil is powerful as equal to Argentina, I hope my team wins.

I have been an ardent supporter of Argentina since my childhood days. This time also, I will be cheering for Lionel Messi and his teammates and hope that they will win the World Cup after losing the final last time around. Our chances will rely once again on the performance of Messi. But there are some strong teams in the 2018 World Cup. Brazil are hot favourites while France, Germany and Spain also have a squad with immense talent capable of winning any tournament. There are also other teams like England, Belgium and Portugal who have a chance of lifting the trophy.

There is no place for predictions and speculations in football, I believe that uncertainty is the beauty of football as a game. However, my personal favourite is Brazil. France, Germany and Belgium are the other front-runners this year. Amidst my busy schedule, I always try to watch a maximum number of matches. This year, too, I would like to watch at least all the matches of Brazil. We, as a sport playing nation, is very much overwhelmed with the success of cricket. However, during World Cup, the scenario changes drastically. The entire country will be behind football. Superstars like Messi and Ronaldo are very much familiar in our country too. So there is enough potential for this beautiful game to flourish here.

Everyone loves an underdog. Though I am an Argentina fan, I would love to see an unexpected team do well at the World Cup this time around. There are teams like Uruguay, Belgium or even Egypt who could have a fairytale run in Russia. If they do so, it will be a story that our generation will tell our
grandchildren about. Teams like France and Spain are strong, but we cannot speculate the ultimate winner on the basis of their strength on paper.

I have always been a fan of the Selecaos since the days of Pele. I loved watching Pele and love for Brazil stuck. This time, we have players like Neymar Jr to lead the side while exciting young players like Gabriel Jesus and Roberto Firminho are ones to watch out for.

This time too, I am with Argentina. During my teenage days, the most popular teams were Argentina and Brazil. As an ardent fan of Maradona, I started supporting Argentina. During that days, we have only one option to watch the quality football in international level, that is the World Cup. Now, EPL and La Liga are very much popular in Kerala after private channels starting to telecast it. Back to World Cup, I love watching Argentina win every match it plays. More than the attacking football of the European teams, I would like to see the flair of Latin American teams. Among European teams, I like Holland. However, they are not playing this year.