Knowing Nipah virus: Here is what you should and shouldn't do

Kozhikode in Kerala went on high alert followed by Tamil Nadu and parts of Karnataka after a deadly virus called Nipah claimed eleven lives in Kerala. 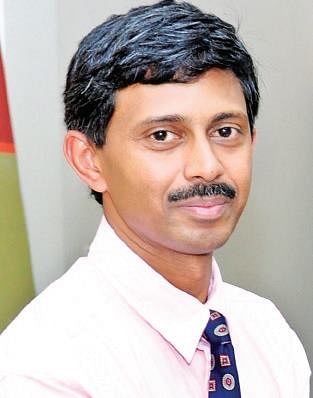 KOCHI: Kozhikode in Kerala went on high alert followed by Tamil Nadu and parts of Karnataka after a deadly virus called Nipah (NiV) claimed eleven lives in Kerala. The fast-spreading virus Nipah has a mortality rate of 40-70 per cent.

What is the Nipah Virus?

Nipah virus infection is newly emerging and is an example of a zoonotic disease, where animal diseases can be transmitted to people. According to the WHO, the natural host of the virus is fruit bats of the Pteropodidae Family, Pteropus genus (fruit-eating species) and the virus is transmitted through direct contact with infected bats, pigs, or from other.

It was first identified in Kampung Sungai Nipah, Malaysia in 1998 which involved pigs as the intermediate hosts during that outbreak. In India, the first outbreak was reported in 2001 in Siliguri, West Bengal followed by a second incident in 2007 emerging in the Nadia district of West Bengal. It was revealed by scientists that human often contracted the disease by drinking raw date palm sap tapped directly from trees, a sweet treat that fruit bats also enjoy.WHO reports that between 1998-2008, the virus has claimed over 300 lives across Malaysia, Singapore, Bangladesh and India.

Prone to be a biothreat, the early detection of the virus demonstrates the country’s capabilities for containing an epidemic. Championing this cause is Dr. G Arunkumar who heads the MCVR and was instrumental in diagnosing the second patient with the Nipah virus fairly early. He believes the virus is highly infectious and the ones at the greatest risk are the staffs treating the patient in the ICU.
He lists down basic steps to prevent the virus from spreading:

Dos
■ Always check the fruits you are eating and clean them thoroughly before eating
■ Wash your hands regularly with soap and water
■ At hospitals, healthcare workers need to take barrier precautions such as face mask, face shield, gloves and full personal protective equipment (PPE)
Since the disease is transmitted through droplets infection and through body fluid contact, caregivers and hospital staff need to maintain distance from an infected person. Domestic animals can also be the carriers of NiV as they can consume partially eaten fruits dropped by fruit bats. Try to keep pets and domestic animals indoors and feed them yourself.

Don’ts
■ Don’t eat half eaten fruits from trees.
■ Don’t visit places where bats are known to colonise
■ Don’t come in contact with bat droppings. If it were to happen, immediately wash your hands with soap and water thoroughly
■ Don’t climb trees where bats may have left their secretions

The NiV is a risk group four pathogen and requires a laboratory with biosafety level 3 or level 4 to be able to handle testing. Currently, along with the National Institute of Virology Pune, only Manipal Centre for Virus Research, Manipal Academy of High Education are equipped to carry out tests such as Real-Time PCR (Polymerase Chain Reaction) samples of throat swab in transport medium such as blood sample, urine sample and cerebrospinal fluid.The MCVR Lab is supported by the Indian Council of Medical Research, Department of Health Research, Ministry of Family Welfare. It is a Grade 1 virus research and diagnostic laboratory of ICMR, Government of India.

Dr G Arunkumar, Professor and
Head of the Department,
Manipal Centre for Virus Research
(The views expressed by the author are his own)

Now we are on Telegram too. Follow us for updates
TAGS
Nipah virus  Kozhikode zoonotic disease

NATO calls Russia its 'most significant and direct threat'