An editor par excellence, he ensured the high standards of the Journal of Indian History and provenanced the Journal of Kerala Studies both published by the Kerala University.

KOCHI: Bidding farewell to a legendary vice chancellor who made historical scholarship dignified and respectable in Kerala is a difficult brief. He will continue to live and illumine scholarly discourses through his works and students who loved him immeasurably.

A humanist and scholar in the renaissance mould, Professor Thandayamparambil Kunhikrishnan Ravindran (TKR) was a historian, poet, amateur painter and above all a great humanist who loved and inspired his students in profound measure. He laid the foundations for historical studies at Calicut and Kerala Universities. An editor par excellence, he ensured the high standards of the Journal of Indian History and provenanced the Journal of Kerala Studies both published by the Kerala University. His historical works are fifteen of which six are in Malayalam. Ravindran in his writings exemplified the spirit of the age which he tried to analyze and uncover for posterity. 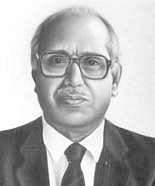 TKR had his architecture, an algorithm and did not ramble on in scholarly thoughts abnegating an ultimate purpose. He gives readers thoughts to chew on; you see a self indulgence though not of a solipsist. A reflective individual, he followed a scientific methodology, critical and assimilative. His thoughts were loaded with meaning and the way we think of them can have momentous consequences on our lives as readers. A strong critique of the caste system, he was as vocal as Padmanabhan Palpu , Kumaran Asan, T K Madhavan, Sahodaran Ayyapan, et al, in advocating the redemption of the depressed castes.
Ravindran in his writings exemplified the spirit of the age which he tried to analyze and uncover for posterity.

An exceptionally original social historian, Ravindran assimilated the received historiography to comprehend the social structures that empowered a few and deprived the majority. He improvised and transcended the received epistemological legacy in an inimitable style, negotiating a space along the all time greats of Kerala history and scholarship. His erudition in jurisprudence helped him in confidently and unambiguously picturing civil disabilities that led to political disabilities.

Ravindran’s genius could not be shackled to any single mooring and would move on imbibing, assimilating and rejecting philosophies and ideas. A poet of great beauty and charm he ornamentally sculpted over 20,000 poems. An anthology, ‘Accidently Yours’ was published by the Regional Institute of English, Bengaluru. Three poetic collections were published by Macmillan. ‘Runnning to the Eternal Forge,Invitation to Sweetness’; ‘Naturally Yours’ and ‘On the other Shore’ .

His poem, ‘Dark Flame’ was aired by the BBC and Prof Ravindran was nominated ‘ Poet of the Year 1995’ by the society of international Poets, Washington in 1996. He introduced much of the Left and progressive historical writings along with a course on Historiography to the students of the Kerala University.

General president of the VI Annual conference of the ‘South Indian History Congress’ held at Osmania University, Ravindran presided over historians and history writing in the region .

The Congress honoured him as a ‘Historian of Eminence’. The Indian cultural essence was epitomized by him – all inclusive, never excluding aspects of culture or philosophy in cheap nathema or championing an unjust past in easy apotheosis.

The author is the dean at the faculty of Social Sciences, University of Kerala.

(Views expressed by the author are his own)

Stay up to date on all the latest Kochi news with The New Indian Express App. Download now
(Get the news that matters from New Indian Express on WhatsApp. Click this link and hit 'Click to Subscribe'. Follow the instructions after that.)
TAGS
Professor Thandayamparambil Kunhikrishnan Ravindran