The film will be screened at Madhav’s school on Wednesday as part of the Children’s day celebrations.

KOCHI: Madhav Sunil Nellayi, a class V student of the Chinmaya Vidyalaya in Vaduthala, shot to fame after his brilliant performance as young Johnny in the Kunchako Boban-starrer ‘Johnny Johnny Yes Appa’.
Recently, he acted in a short film called Nalla Manasu, directed by his father Sunil Nellayi. 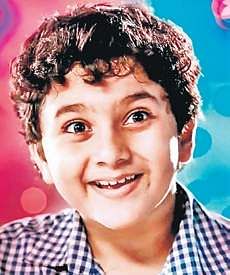 The film will be screened at Madhav’s school on Wednesday as part of the Children’s day celebrations.Sunil, who also wrote the script, focuses on how social commitments are foreign to new generation children. Even when they are socially committed, they are mistaken and are pressurised by set standards in the society.

Sunil and Madhav act as father and son in the movie too. Acting in feature length films is not new to the family. Madhav’s sister Malavika was a child artist and had worked in six films. Madhav’s mother, Reshmi Narayanan is a musician. At present, she teaches hindi at Chinmaya Vidyalaya.

Sunil and Reshmi also run a dance and music academy ‘Nellayi Nrithanjali’ at Kadavanthra in Ernakulam and Nellayi in Thrissur. The 10-year old’s short film was screened first for G Marthandan, the director of Johnny Johnny Yes Appa and a few close friends who gave largely positive reviews.  This is Sunil’s first attempt at making a short film and the family is in high hopes that the film will be well received. The camera assistance was given by Vishnu Sasikala.