A cover that went viral

Anjali hails from Thrissur where she owns a dance school called ‘Kala Kalari’.

KOCHI:  If you ever wish to vanish from the glorious four-dimensional reality of time, watch the ethereal movements of Anjali Hari, as she sways to the rhythm of ‘Jeevamashamayi’ song from the movie ‘Theevandi’. For Anjali, dance is a therapy which has immense influence in her cognitive, emotional, social, and physical development. Ever since her classical dance cover version of ‘Jeevamshamayi’ hit social media platforms, she went viral. 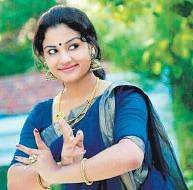 Anjali hails from Thrissur where she owns a dance school called ‘Kala Kalari’. “Going viral was purely coincidental. My students have a habit of watching me dance during the break time. On September 16, one of my students asked me to dance for ‘Jeevamshamayi’. It was choreographed on spot and she uploaded the same on the Kala Kalari page. Once I started getting calls from relatives, I realised that it went viral,”  said Anjali.

Anjali’s love for dance began at the age of three.  She follows the Kalakshetra style of dancing, which emphasises on brisk movements and well-precision bhavas. “I have learnt bharatanatyam, kuchipudi, mohinyattam, kathak and folk dance forms. My teachers are Guru Kalamandalam Shivadas, Surekha Hari and Kalakshetra Ravichandra,” Anjali added.

On weekends Anjali manages to travel to Chennai to learn dance lessons from Kalakshetra. She has done 800 shows countrywide and is planning to extend her knowledge by pursuing a doctorate in dance. She is currently busy preparing for her debut Malayalam film which was offered to her succeeding the viral dance video.