While drink driving cases are common in the district, the loopholes in the system help many go scot-free

KOCHI: The tragic death of journalist K M Basheer on  Saturday after his motorcycle was rammed by a car driven by an inebriated IAS officer Sriram Venkitaraman, has put the spotlight back on drink driving.
While questions are raised on the efficiency of traffic laws and how ill-equipped and lax the authorities are, drink driving cases seem to be on the rise. While drink driving claimed 25 lives in 2018 in the state, 194 people were grievously injured. As many as 5,996 road accidents were reported in the city last year, a huge chunk of which was because of drink driving. Despite this, the loopholes in the system help many offenders go scot-free. 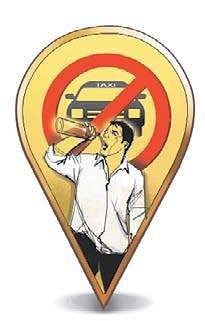 According to Traffic West ACP

T B Vijayan, drink driving cases are frequent. “But, the number of accidents caused by drink driving within the city is obviously less because there is a limit to which a vehicle can assume speed in Kochi city,”  he said.

While the official says the department sticks to norms while detaining a suspect of drink driving, they believe the Motor Vehicles  (Amendment) Bill passed by the Rajya Sabha on July 31 would help rein in the practice.

“Now, the fine is just Rs 2,000. Increasing it to Rs 10,000 would help the cause a lot. The cumbersome process of waiting to pay the fine plus the monetary and mental agony would prompt most people to think twice before engaging in drink driving,” said the official.

As per the traffic police sources, though they have managed to bring down the accidents caused by drink driving over the years, the increase in drug usage is worrying.

“With strict monitoring and awareness, we could bring down such cases, but with rampant usage of drugs, our efforts have backpedalled. The issue is that we have no system to detect usage of drugs; the breath analyser catches nothing. Unless we are provided with advanced equipment like in Western countries, driving under the influence of drugs cannot be nailed,” said the ACP.

Though a conviction can lead to suspension or cancellation of the licence, our system lacks measures to ensure that the person does not take the wheels without a licence. “Only after an accident case is registered will such offenders be brought to book,” said Vijayan.

Booze bus
The launching of Booze buses can help find a solution to this. According to the State Police Chief Loknath Behera, the buses will enable police to do the necessary blood tests on the spot and initiate appropriate legal action against the offenders. These buses will have state-of-the-art facilities for alcohol and drug testing.

Now we are on Telegram too. Follow us for updates
TAGS
K M Basheer Sriram Venkitaraman