KOCHI:  When the state 'vroomed' into 2019, little did it know that it would register a steep negative growth in car sales. Kochi, touted to have the largest number of car dealerships in the state and a city for vehicle enthusiasts, has been badly affected. According to the data provided by the Federation of Automobile Dealers Associations (FADA), the April-June quarter witnessed a  downward trend in the automobile sector. Closer home, Ernakulam RTO K Manoj Kumar substantiates the decrease in vehicle registration. 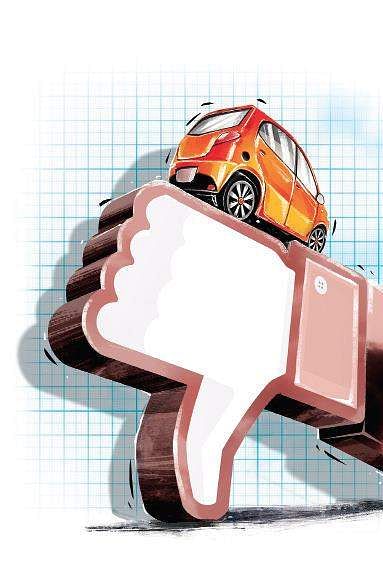 Industry experts indicate below-average monsoon, lack of availability in credit from NBFCs (Non-Banking Financial Corporations) and a proposed transition to electric vehicles which has created a sense of uncertainty among potential buyers, forcing them to wait and watch until a clear road map emerges.
RTO Manoj Kumar attributes a lot of factors to the decline, which has affected the industry on a national level. “Pollution norms have changed.

From BS-IV compliant vehicles, there is a leap to BS-VI from April 2020. There is also a chance that decade-old vehicles can be banned, like in Delhi. Many are aware of the change in pollution norms, so they tend to stay away. Money transactions have become more secure and rules regarding loans, stringent. This hampers sale unlike the olden times,” he said.

This also affects the revenue of the Motor Vehicles Department, the third-highest revenue earning department of the state. “The lack of registration fees and tax decreases the revenue for us,” he said.
Former president of FADA, John K Paul cited the economic setback faced by the country as a whole for the slump.

"In rural areas, there is a general decline in the economic condition which reduces demand to a large extent. Kerala has had the biggest fall, especially with the flood last year,” he said. On slashing manpower due to declining sales, he said that technical jobs will not be affected much for now. Front-ennd and sales jobs are likely to be cut first.

Now we are on Telegram too. Follow us for updates
TAGS
Economic slowdown Car sales