Our family owns an ancestral agricultural land and we need to do a partition between two brothers.

KOCHI:  In the name of celebrating goddess Amman in the month of Aadi, several temples which do not come under the Hindu Religious and Charitable Endowments Department (HRCE) umbrella unleash a staggering violation of noise pollution norms. They start bursting crackers around 9-10 pm and in some cases, it goes on till the wee hours. Is there no law or order which prohibits such a breach of public peace? The count of explosions sometimes goes beyond forty and are of high decibels. Can the government bring in some regulatory mechanism to handle this growing trend?
— Mosur Venkataraman Sundararaman

The Supreme Court has prohibited noise pollution even by temples vide judgment in In Re: Noise Pollution — ... vs Unknown reported in 2005 (5) SCC 733. Therefore, you can make a complaint regarding the commission of nuisance before the Revenue Divisional Officer of your area. He can take action under section 133 CrPC to abate the nuisance. 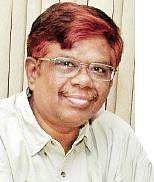 Our family owns an ancestral agricultural land and we need to do a partition between two brothers. The younger son is a bachelor and does not want to inherit the property. He wants the land to be given to the elder son. What is the right procedure that the father must adopt?
— Ramana

The younger son can give a release deed releasing his interest in favour of his elder brother which can be registered with the office of the Registrar. There are no further formalities required.

I own a home in Besant Nagar. While I got a sale deed from TNHB, I think no patta was issued. What do I need, where should I apply or to whom should I talk to acquire the same?
— Ramu

For housing board sale of flats, no need to get any Patta. It will be a cumbersome process.

I bought a small piece of land and an irrigation well was already there when I purchased it. I want to mention the presence of the well in my sale deed. But, a buyer is asking if I mention the above remark, will he be able to get a CMDA approval for the land. Also, if I have only the patta and no other documents for the land that I own, can it be registered and sold?
— Murali. R, Chennai-63

Once the plot is going to be developed, there is no necessity to show it as a land with well. It is not an agricultural land. Even without other documents, the property can be sold provided the buyer agrees to buy the same. If there is any parent document, you can make a search in the registrar’s office and apply for a certified copy.