Demolition at Maradu will be called off if found unsafe: Sub-collector

KOCHI: Taking a firm stand on the safety of nearby residents of Maradu highrises which have been ordered to be demolished by the apex court, Fort Kochi Sub-Collector Snehil Kumar Singh has clarified that the authorities will consider the cancellation of demolition if it is found unsafe for the neighbouring structures. Snehil Kumar, who is in charge of the controlled implosion, was speaking at a meeting with representatives of nearby residents convened by Maradu municipality to address the concerns of the public on Wednesday.

“If there is a need to cancel the project over safety concerns, I will do it. If the necessity arises, I will inform the Supreme Court that the work has proved unsafe for the residents and that we have to look at alternative options. Though we are not violating any order, the safety of the residents will be our priority,” he said. 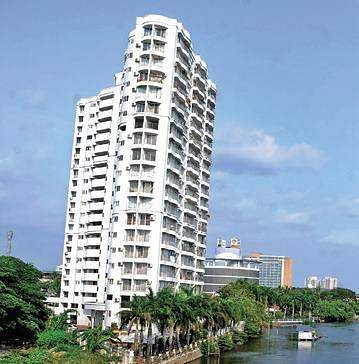 Panel for property valuation
Snehil Kumar confirmed at the meeting that National Insurance Company will be the agency to insure the nearby residences and a four-member team, comprising an engineer each from the municipality, contractor and insurance agency and a representative of residents, will be formed to look into the valuation of the property.

“The year-long insurance will not have any radial limit, unlike the proposed 50-m boundary. If a house lies beyond that limit and affected by a faraway highrise, the entire property will be covered. We have asked the contractor to inspect the homes again and keep a record of the minute details of the structures. Residents should also keep a record of their belongings to claim damages. Besides, the expert team will jointly execute the valuation,” he said.

Change in schedule if needed
He assured the meeting that they would consider the demand for a change in the demolition schedule by razing the sparsely populated Jains Coral Cove and Golden Kayaloram in the first phase. “I will take the matter up with the expert committee before finalising the schedule,” he said.

Anil Joseph, member of the expert committee constituted for the technical assessment of the demolition, elaborated on the decisions taken so far. “Following our directives, Vijay Steels has appointed Chennai-based structural engineer Rajesh as the safety officer to monitor the twin towers of Alfa Serene. Besides, the company officials have explained their plan of action before the expert committee,” said Joseph.

Interruptions
The meeting, attended by 50 selected representatives of nearby residents and officials of insurance agency, among others, was interrupted repeatedly for clarifications regarding insurance coverage and raising concerns about the safety measures.

Now we are on Telegram too. Follow us for updates
TAGS
Maradu flats demolition