The present year, which is drawing to a close, has had its share of major news stories, both positive as well as negative. Express turns the clock back to see up-close the personalities who made news

The present year, which is drawing to a close, has had its share of major news stories, both positive as well as negative. Express turns the clock back to see up-close the personalities who made news in the ‘soon-to-be the year gone by’

MARK OF HONOUR: Akkitham
Akkitham Achuthan Namboothiri, the philosopher-poet, was chosen for the 55th Jnanpith Award at the age of 93. He is the sixth litterateur from the state to get the coveted award. The Padma Shri awardee has authored 55 books.

HONOURED, AT LAST: Nambi Narayanan
The former ISRO scientist — who was cleared of the charges in the espionage case — was conferred with Padma Bhushan. On Thursday, the state cabinet gave its in-principle approval to give him a compensation of I1.3 crore to settle a case filed against his unlawful arrest.

THE MARKS ROW: K T Jaleel
Higher Education Minister K T Jaleel remained the most controversial minister in the LDF government after Opposition parties levelled allegations against him regarding the controversial awarding of special moderation marks to students of MG University and APJ Abdul Kalam Technological University. Even Governor Arif Mohammad Khan did not take the issue kindly.

A FILMY DRAMA: Shane Nigam
Actor Shane Nigam landed in a soup after he changed his appearance, ignoring the characters he was portraying in movies ‘Veyil’ and ‘Qurbani’. The Producers’ Association imposed a ban on Shane and said they will not cooperate with him in future ventures. The issue, which began in November, is yet to be resolved.

KOODATHAYI HORROR: Jollyamma Joseph
In October, Jollyamma Joseph, 47, a mother of two, hit the headlines after it was revealed that she allegedly killed six family members, including a toddler, between 2002 and 2016. Jolly committed the crime, which came to be known as Koodathayi serial murders, by administering cyanide. She was arrested on October 5. 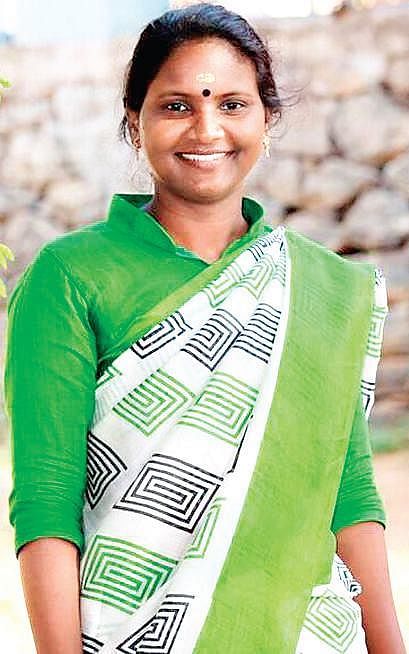 MASTERSTROKE: Sanju Samson
The wicket-keeper batsman scored a double hundred in the Vijay Hazare Trophy (national one-day tournament) against Goa and his unbeaten 212 became the highest ever individual score in the tournament. Sanju’s performance helped him receive a call-up to the Indian team for the T20I series’ against Bangladesh and West Indies, although he didn’t play any match.

POLITICAL ASCENT: V Muraleedharan
Former BJP state president V Muraleedharan was made Minister of State for External Affairs & Parliamentary Affairs in the second Narendra Modi government in May. Elected to the Rajya Sabha from Maharashtra in 2018, the 60-year-old is also the Government Deputy Chief Whip in the Upper House.

THE FALL: Sriram Venkataraman
The IAS officer — hailed for his anti-encroachment drive in Munnar — made headlines for wrong reasons after the car allegedly driven by him under the influence of alcohol rammed the motorbike of journalist K M Basheer, in August, killing the latter. The incident snowballed into a controversy, especially after the bureaucratic machinery allegedly swung into action to help the officer.

SON STROKE: Binoy Kodiyeri
Binoy Kodiyeri, Dubai-based businessman and son of CPM state secretary Kodiyeri Balakrishnan, was accused in a rape and cheating case filed by a 33-year-old former bar dancer hailing from Bihar. As directed by the court, Binoy underwent a DNA test to ascertain the woman’s claim that he fathered her child. The allegation brought embarrassment to the party.

K M Mani
The death of Kerala Congress(M) stalwart K M Mani — popularly known as Mani Sir — on April 9, 2019, was termed as the passing away of a political era. In a political career spanning 51 years, Mani became the state’s finance minister for 13 times, the longest in history. He was also the country’s longest-serving legislator.

Lenin Rajendran
Renowned director Lenin Rajendran passed away on January 14, at the age of 67. He has directed 16 movies in Malayalam, which helped him in winning national and state awards. His noted movies include Chillu, Swathi Thirunal, Vachanam, Daivathinte Vikruthikal and Rathrimazha.

Ramachandra Babu
Ace cinematographer Ramachandra Babu, 72, passed away on December 21. He has cranked the camera for over 130 films which include all the south Indian languages.

Jasprit Bumrah will be even more threatening in India, feels Gautam Gambhir