KOCHI: Travelling is a passion for many. People quit their job and embark on solo trips. Daily, we see a lot of Instagram profiles with wanderlust and solo traveller hashtags. Going on a solo-trip has become a common thing now. Mohammed Minhas, the young engineering graduate from Malappuram also shares the same passion for travelling. However, he did not just travel solo but founded a platform, Planvacations, which makes the task easy for wanderlusts. It plans budget trips for college students, private trips and campings for girls. 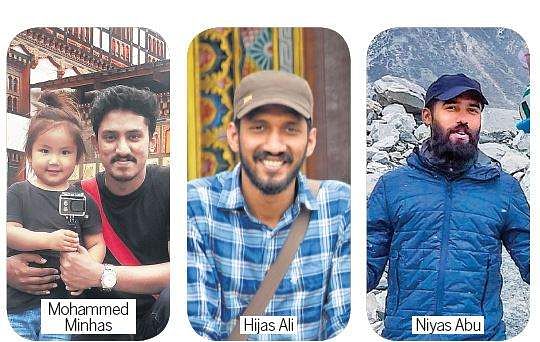 Started as a one-man army with bookings from colleges based in Kozhikode and Malappuram, Planvacations now has more than 100K followers on Instagram and is a huge hit among college students across the state.

“Our growth has been gradual. We started with college trips and moved to camp programmes and private trips. Initially, it was just me and some of my cousins and friends who have helped me. Now the numbers increased and we have a full-fledged team to manage, market, plan, take photographs and volunteer. Hijas Ali and Niyas Abu are the other two full-time partners of Planvacations,” says Minhas.

Though they organise trips to mainstream tourist destinations, their major highlights are the VChamping and SheCamping, planned at offbeat destinations such as Vellapine Kandi - an unexplored forest, 900 Kandi, Vattavada, Kurumbalakotta and the like. “The main concept is to travel and explore. And these are places we should explore rather than going to the same old places. Each spot is discovered through such explorations. Even local residents help us in finding such destinations,” Minhas adds.

Talking about the speciality of the team, Minhas says camping for girls is one of the important features of the team.“Passion for travelling is present in almost everyone irrespective of gender. But, there are only a few woman travellers from our state. So, SheCamping provides a platform to girls who wish to travel, trek and have some good moments with friends,” he says.

Minhas says it is the concept of travelling with a low budget that makes it a hit among colleges and youngsters.

“Travelling provides us new experiences. Being a traveller and tourist are two different things and we try to provide the experience of the former. It is solely through mouth publicity that we became popular,” he adds.

Recently, they have started trip packages to Bhutan and released a mystical travelogue with Malayalam film actor Vishnu Govindhan.