Kerala to join hands with IIT-Kanpur and Genrobotics for ventilators

About 30% of the Covid-19 patients require mechanical ventilation. India has about 40,000 ventilators in operation, which are inadequate as Covid cases are shooting up in the country

KOCHI: Anticipating the demand for ventilators as Covid-19 cases spike, Kerala is joining volunteers across the country to try its hand to make low-cost ventilators. The Kerala IT Department and Kerala Start-Up Mission (KSUM) -- the key agencies behind the project -- have roped in Indian Institute of Technology-Kanpur (IIT-K), Vikram Sarabhai Space Centre (VSSC), Thiruvananthapuram-based startup Genrobotics, which is renowned for its sewage cleaning robot, and Coconics, Kerala government’s laptop manufacturing unit under public sector undertaking Keltron, for producing the ventilators. 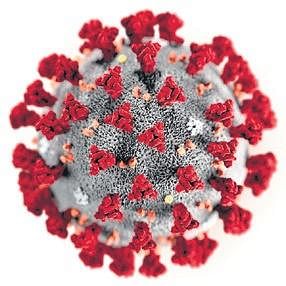 Experts at IIT-Kanpur have been working on a portable ventilator and reports say its prototype will be ready very soon. Just after assembling, this can be used as a life support system. VSSC was in the news for designing simple-to-use ventilators.  It is estimated that about 30 per cent of the Covid-19 hospitalised patients require mechanical ventilation. Going by China’s experience, 5 per cent of all Covid-19 cases required ventilators. When contacted, Saji Gopinath, CEO of KSUM, confirmed the development, but added that making ventilators is a complicated process. “It is a very early stage development,” he said. The government announcement on the ventilator project is expected in the coming days as early as next week, a source told TNIE.

Sources said the idea is to make different parts and assemble it at different parts of the state, where manufacturing units for other products can be partially converted for ventilator assembling. “The idea is to utilise the collective resources of IIT-K, VSSC, Genrobotics, Coconics and the state government,” said the source. Genrobotics, which has earned praise for its sewage cleaning robot Bandicoot, will stall their work to help manufacture a part or some parts of the ventilator.

According to reports, India has about 40,000 ventilators in operation, which are grossly inadequate as Covid cases are shooting up in the country. “We are ready to dismantle the robots we have manufactured for the parts required for the ventilators,” an official at Genrobotics told TNIE. “The idea is that we get the knowhow from IIT-Kanpur, and we make a specific part of the ventilator,” the official said. “It’s a collective model. We are playing only a small role. We are in the project as part of our commitment and play a small role in fighting the Covid-19,” the Genrobotics officer said.

Once various parts are made, the device can be made at the manufacturing units at Thiruvananthapuram, Kochi and Palakkad, according to sources. Recently, Thiruvananthapuram-based Sree Chitra Tirunal Institute for Medical Sciences and Technology developed a portable and lightweight emergency ventilator system based on Artificial Manual Breathing Unit. It is essentially a hand-held device to provide positive pressure ventilation to a patient who is either not breathing or who is breathing inadequately. The device can assist the breathing of the critical patients who have no access to ICU ventilators.