A dose of much-needed ‘CorOnam’ laughter

Numerous awareness programmes and a steady flurry of media reports have told us repeatedly to wear a mask while stepping out.

KOCHI: Numerous awareness programmes and a steady flurry of media reports have told us repeatedly to wear a mask while stepping out. However, Maveli (King Mahabali), who was pushed to the underground by Lord Vishnu as per lore, unfortunately, wasn’t privy to such information. Therefore, when he sets foot in Kerala for Onam, enthusiastic about seeing his land and subjects, he breaks into dance until he sneezes. In the blink of an eye, an ambulance arrives and two men in PPE suits wrap the baffled Maveli in white cloth, add a mask and place him inside the ambulance along with his accessory, the Olakuda, for the mandatory 14-day quarantine. 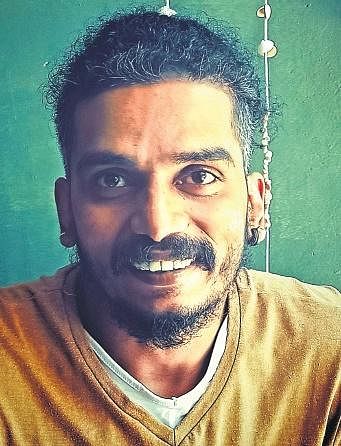 This hilarious animated video titled ‘Happy CorOnam’ featuring the pot-bellied, lovable Maveli with splendid dancing skills has taken over the internet. A warning to wear masks and abide by quarantine rules is the quick message of the video. Created by freelance animator Suvi Vijay and friends, the same team behind ‘Run Maveli Run’ in 2015, ‘Happy CorOnam’ has brought much-needed humour amid the pandemic.

“In 2015, the state was in the grip of street dogs. Therefore, we made a video on Maveli being hounded by stray dogs when he arrives. Eventually, he wishes everyone a happy Onam from atop a tree. Our team disbanded after the video as we moved to different countries for employment. A month ago, one of us suggested making a video with the same Maveli to uplift the dull mood this Onam. In a few days, we brainstormed and discussed ideas. The animation video was completed in a month,” says Suvi, who directed and animated the video.

While the video has amassed lakhs of likes, there are also allegations on how the team depicted Maveli as a Brahmin, with fair skin and a ‘poonool’ (sacred thread), when legend cites Maveli as an Asura. “Honestly, we didn’t dissect the animation or think of the complexities; all we wanted was to make people laugh and have fun,” says Suvi.

Now we are on Telegram too. Follow us for updates
TAGS
Onam