Arnab, who passed away on December 25, 2019, was one of the pioneers of the Indian animation industry

KOCHI: The ‘Legend of Animation’ award instituted by the Toonz Media Group (TMG) as part of the Animation Masters Summit (AMS) 2020 - Digital Edition will be posthumously conferred to the legendary animation director Arnab Chaudhuri. The award is being presented for his invaluable contribution to the animation and entertainment industry of India. The digital edition will begin on Monday and Arnab Chaudhuri’s wife Ashima Chaudhuri will symbolically accept the award at the inaugural session. 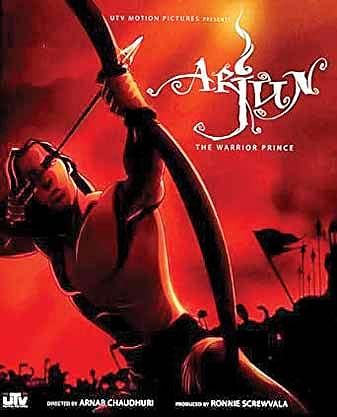 Arnab, who passed away on December 25, 2019, was one of the pioneers of the Indian Animation industry, and his animation movie ‘Arjun: The Warrior Prince’ is the only animation from India to date to be longlisted for Oscar awards. He was an alumnus of the National Institute of Design (NID), Ahmedabad, and has worked with leading entertainment organisations like Walt Disney, Turner, and Channel V. “Arnab was a true genius who was always ahead of his time.

Apart from his astounding creativity, he was also much loved and admired by the people who worked with him. He has collaborated with Toonz at multiple levels for several projects and often gave master classes for our in-house artists. Arnab’s untimely death is a heavy loss for the creative fraternity in India. The ‘Legend of Animation’ award is given away every year at AMS to honour a genius from the field of animation in India. This year, the award committee was unanimous in their decision to confer the award to Arnab posthumously,” said P Jayakumar, CEO, Toonz Media Group.

The event will have sessions by masters from various fields in the media and entertainment industry across the world. This includes senior cinematographer Ravi K Chandran, who is famous for the works in movies like Virasat, Black, Dil Chahta Hai, and Kannathil Muthamittal, to name a few. National Award-winning composer Shantanu Moitra is also taking another session.

AMS, previously known as ‘Week with the Masters’, was established in 1999 as a not-for-profit event organised by TMG to bring together the legendary figures in the entertainment field. AMS is also the first prominent animation industry event to be held in Asia. The previous editions featured notable figures like Resul Pookutty, Rob Coleman, Sabu Cyril, Shekhar Kapur, Bill Plympton, Jean-Marie Olivier, Devdutt Pattanaik and Anjum Rajabali, to name a few.