Offering students a ‘rainbow’ of possibilities

‘Mazhavillu’, a programme to promote science through experiments, was launched by chief minister this week in Kochi

KOCHI:  After the success of ‘Manchadi’, a project aimed at increasing the mathematical proficiency of school students, Kerala Development and Innovation Strategic Council (K-DISC) has come out with ‘Mazhavillu’, a programme to promote science through experiments. Chief Minister Pinarayi Vijayan inaugurated the project on Monday in a function held at Maharaja’s College.

According to Shyam Kumar S, academic coordinator of Mazhavillu, students in primary and upper primary classes don’t get the opportunity to learn science through experimentation. “The reason? They don’t have laboratory work in their syllabus,” he said. “This hampers the development of a scientific temper in students. Right now, children are learning facts and concepts by rote,” he said. Manchadi showed how an innovative technique could go a long way in increasing students’ proficiency in maths, said Shyam. 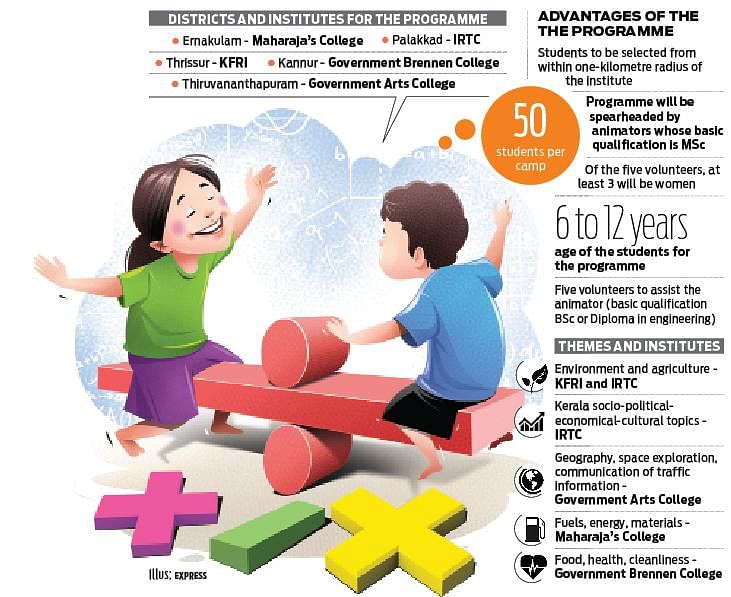 “K-DISC developed Manchadi, implemented as a year-long experiment, based on realist maths education and Vygotsky’s cognitive development theory,” he added. The review showed that it was learnt that students who participated in the project showed increased mathematical proficiency compared to those who didn’t. “Hence, K-DISC developed a similar programme for science,” he added.

The data obtained will be used to set the syllabus for state board schools, said Shyam. Some of the objectives of Mazhavillu include strengthening scientific aptitude and developing scientific temper in students, honing their critical thinking and assimilation ability and applying science through observation and experimentation.Fifty students between six and 12 years will be selected from the institutions to take part in the training camps, which will be led by animators. The camps will have five themes and sub-themes.