All set for Covishield?

As India gears up for the Covid vaccination drive from January 16, many people have doubts and concerns about the Oxford-AstraZeneca Covid-19 vaccine. TNIE speaks to an expert

KOCHI: How was ‘Covishield’, the Oxford-AstraZeneca Covid-19 vaccine prepared?
Scientists picked a common cold virus that infects the chimpanzee and modified it as a carrier for the RNA of the SARS-CoV-2 spike protein into our cells. So, the carrier inside the vaccine is a modified adenovirus from chimpanzees that is incapable of multiplying or replicating like other viruses.

It is an adenovirus based vaccine. They isolated the DNA from adenovirus in chimpanzees to remove the genes responsible for replication of the virus. So when it enters the human body, it will not replicate and hence is safe. It will only help the body to activate the immune system against SARS-CoV-2 virus. 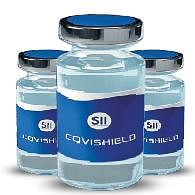 Some say the  Covishield vaccine is 62% efficient while some claim it is 90%. Which one is true?
Around 23,000 candidates participated in this initial vaccine trial conducted in the United Kingdom (UK) and Brazil. From the UK, 8,895 candidates joined while 2,741 were brought in from Brazil.

As many as 11,364 candidates received either meningococcal vaccine or placebo (normal saline solution). Out of this, 23,000 candidates, 131 candidates got infected by SARS-COV2. (39  from vaccine group and 92 from placebo group).

Vaccines were administered in two doses. After the initial dose, a second dose was given after a month. A group of candidates received half dose of vaccine one month apart and another group received full dose.
The former showed efficacy of 90% and those who received full dose showed 62 % efficacy. By combining both results the company claims 70% efficacy. The study conducted on 1,600 participants from India showed more or less identical results.

Criticism
Introducing meningococcal vaccine in the placebo group created confusion. It should have been normal saline solutions.
Claims of better efficacy while using half dose as compared to full doesn’t have a proper scientific explanation.
Pros
No major complications reported in bulk
The manufacturers claim the vaccine starts protecting the body within two weeks after the vaccine is administered.
It is cheaper and easier to produce.
Can be stored in a common refrigerator (2-8 degree Celsius)
The author is president of the Association of MD Physicians and chairman, board of governors of the Indian Association of Clinical Cardiologists (iacc)

Now we are on Telegram too. Follow us for updates
TAGS
Covishield COVID-19