Kochi’s much-prolonged wait for a state-of-the-art railway terminal is on.

KOCHI: Four months have passed since Kerala Rail Development Corporation submitted its feasibility report to Southern Railway on the proposal to develop Ponnurunni Railway Marshalling Yard into a state-of-the-art railway terminal but it is yet to get a green light

Kochi’s much-prolonged wait for a state-of-the-art railway terminal is on. The ambitious project, proposed at the 110-acre railway property at Ponnurunni, is hanging in the balance as the Railway board yet to take a call on the feasibility report submitted by Kerala Rail Development Corporation (K-Rail) on January 29, 2021.

The Public-Private Partnership (PPP) project, mooted on the lines of Gujarat’s Gandhinagar Railway station development, is expected to attract sizeable investment to the state’s railway infrastructure.
“We haven’t received any response from the railways yet. Once we get a green signal from the railway board, we will be able to start other proceedings,” said a K-Rail official.

Railway officials, however, clarified that the project is still under consideration. “It is the railway board which asked K-Rail to conduct the project’s feasibility study. We have to look at the study as a positive start. The board will decide on the project after checking all aspects,” said a railway official. 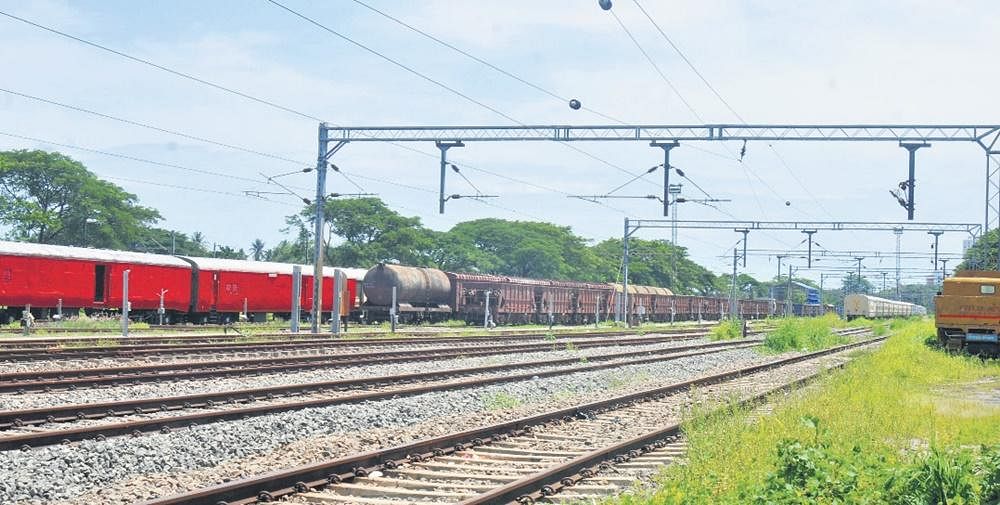 The proposal is to build an integrated coaching terminal complex with four platforms, one pit line, two parcel lines, two stabling lines, and a wagon examination line while retaining the existing coaching depot. The expected total investment is `1,654 crore, including `325 crore for the development of railway infrastructure.

Many citizen collectives have asked the state government to intervene and give the project a push.
“As per our knowledge, the feasibility report has approved the proposal with substantial data. When a project proposal comes with the least land acquisition requirements, it is quite surprising that railway officials are still delaying the approval. The state government should use its collective political pressure to get the the ambitious project going. With the connectivity to Vyttila Mobility Hub, Kochi Metro Rail and Thammanam-Pulleppady Road, the project has the potential to give a facelift to our metro city,” said Kuruvilla Mathews, member, Metro Kochi Vikasana Samiti.

Others point out that freeing up of the congested Ernakulam Junction and Town railway stations is required to get new trains for the state.“As the prospect of developing the Old railway station and Harbour terminus station looks bleak due to several reasons, officials should approve Ponnurunni terminal project without further delay. With Kochi’s prospect of growth in the coming decades looking massive, the city requires ample infrastructure to manage the growing population,” said Felix J Pulludan, president, Greater Cochin Development Watch.

ALLIED INFRASTRUCTURE & CONNECTIVITY
As per the feasibility report, many roads surrounding the 110-acre property will be widened. A new road will be built under Ponnurunni ROB and Vyttila NH-66 ROB to provide connectivity to Vytilla Mobility Hub. The widened Thammanam-Pulleppady road will also play a crucial role in decongesting the stretch during the construction. Besides, the terminal will connect with Elamkulam metro station in the south via Fatima Church Road and JLN Stadium metro station in the north via JLN Stadium Road through an e-feeder service.

Now we are on Telegram too. Follow us for updates
TAGS
Kochi Kerala Rail Development Corporation