Praveen Muraleedharan, a Malayali  eco-tourism entrepreneur and photographer, is exhibiting his work that features plastic domination on the planet at Sainte-Thorette, France

KOCHI: We all know that plastic is a big threat to the planet and its species — big or small. A lot of species present on land and water have lost their lives either by ingestion of plastic or by getting entangled in it. Though humans are aware of the consequences of plastic pollution and the fact that how badly plastics have been marking its territory wherever possible, still we refuse to let go.

This human indecency on the planet and mindless discarding of plastic waste has been captured by Kochi-based eco-tourism entrepreneur and photographer Praveen Muraleedharan. Over 40 images depicting plastic pollution and its impact on forest, animals and water bodies are exhibited at Sainte-Thorette, France, organised by the Natural History Museums along with ASIE (Association of Solidarity International Education). 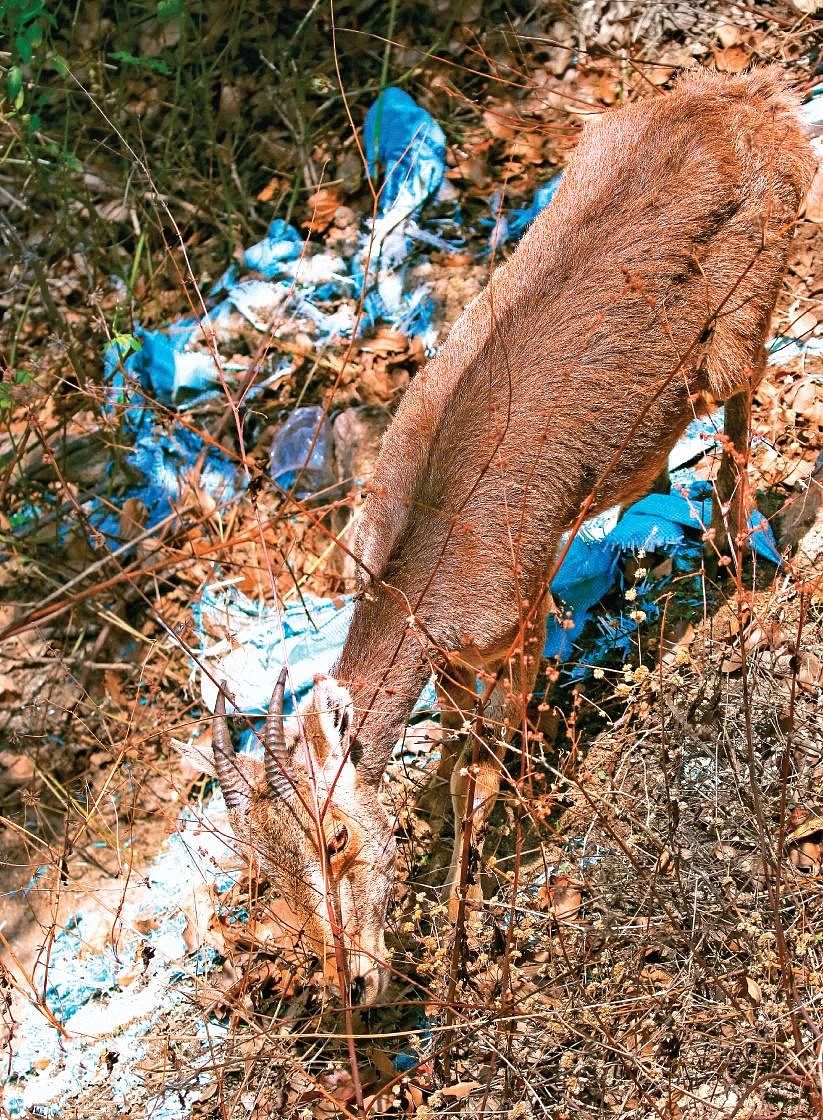 “The images were taken from different parts of India. Through my journey, I realised it was high time for India to find affordable, sustainable alternatives that would cut down the consumption of single-use plastic,” says Praveen.

“Though many enterprises have been mooting sustainable products, the whopping price forces many to back out,” he adds. His collection includes images of migratory birds and microorganisms that thrive on non-biodegradable waste.

“This year, the theme for the exhibition is ‘Plastic pollution and possible solutions’, and the images will surely make an observer question their actions and priorities,” adds Praveen. Praveen, recollecting his experiences behind each image, says they will live with him forever. During his visits to Valparai in Tamil Nadu, he came across a group of elusive, lion-tailed macaque.

“The species are elusive as they can be found only in a few pockets of Western Ghats. To my shock, I saw one lion-tailed macaque toying with a plastic bottle. At that moment, I thought to myself, a species that is so rare to catch a glimpse of has a plastic bottle in its hand. What are we doing to these creatures? We have already invaded their spaces, and now we are endangering them with our creations,” explains Praveen.

Un’sea’cing issue
Though deep seas are off-limit to most of us, it doesn’t mean that marine creatures are safe. “Crabs use abandoned shells to hide from the potential predators. Now, they use plastic instead. Divers often witness colourful eels and fishes swimming amidst trash and some getting trapped inside the bottles as well,” adds Praveen.

Praveen’s collection also highlights how plastic has become such a norm to humankind these days.
“During my travel, I have seen people sitting comfortably amidst trash and littering the space. Also, some wedding photographers choose scenic spots in Kochi for their shoot and often leave the place without clearing up the mess they created,” says Praveen.

Walking the talk
Nectar Experience, Praveen’s  chain of eco-resorts, has completely abandoned plastic and creates a space for people to experience an organic and natural way of living. “This single initiative itself is a humble step towards minimizing a faction in the overall plastic pollution contributed especially during peak tourist season,” he adds.

OVERSEAS CANVAS
Sainte-Thorette, exhibitions will continue till July 4. Along with the photography exhibition, the event will also showcase workshops on conservation, seminars, music. Praveen also has plans to exhibit his plastic-themed collection in Kerala soon in association with the Alliance Francaise.

Now we are on Telegram too. Follow us for updates
TAGS
plastic waste Kochi Pollution