Ramping up work for Chakkai flyover

The NHAI has decided to implement the NATPAC recommendation to construct a flyover at Chakkai by retaining the ramp but with minor modifications.

THIRUVANANTHAPURAM: Putting an end to the uncertainty, the National Highways Authority of India (NHAI) has decided to implement the National Transportation Planning and Research Centre’s (NATPAC) recommendation to construct a flyover at Chakkai by retaining the ramp but with minor modifications.

The proposal for the modifications is slowly taking shape and NHAI may come up with the final designs within ten days. After which they will submit the proposal to the government for approval. According to NHAI sources, the construction of the flyover is expected to begin in March. 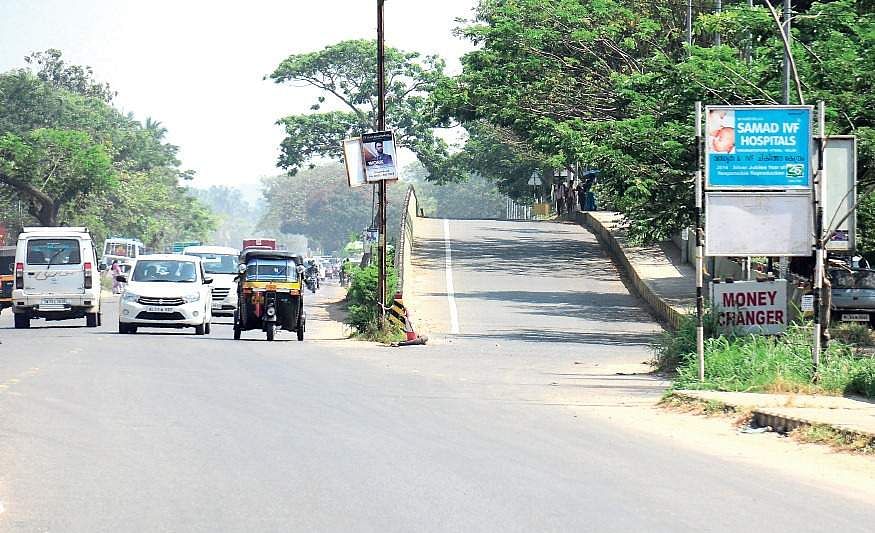 Even as the development of the road from Kazhakoottam to Mukkola is progressing on a  fast pace, the decision over the renovation of the stretch from Chakkai to Enchakkal had been hanging in balance for past several months.

The indecision has been proving to be a bane for the motorists here. Traffic snarls have become a common thing here since this part of the bypass is the gateway to the city and the airport.

Last year, N S Srinivasan, the founder of NATPAC had recommended constructing an 8.5 metre flyover between the 430 metre ramp and the existing road. According to this plan, vehicles from Enchakkal to Chakkai were to use the flyover, while those from the opposite direction took the existing highway.

Vehicles moving towards the airport from Enchakkal can use the ramp of the newly built flyover. Those coming from Chakkai and wanting to go towards the airport will have to take a U-turn under the flyover and enter the ramp from the Enchakkal side and proceed. NHAI had agreed to consider the recommendations but nothing positive has been done for past six months.

It is speculated that NHAI is using this as an excuse to not take up the development of the 1.5 km stretch from Chakkai to Enchakkal. At present, the vehicles coming from the airport towards Chakkai have to come down the ramp and turn left. Those going to Enchakkal from the airport will have to turn left towards Chakkai, exit the ramp and then take a U-turn under the flyover.

Sources said NHAI has taken NATPAC’S  recommendations positively. They will come up with minor modifications which will further aid in the smooth flow of traffic at Chakkai. However, the officials refused to divulge the modifications made in the design.

Earlier, NHAI authorities said the new proposal will lead to an escalation in the project cost since an additional fund of around Rs 150 crore is needed to construct a new flyover.

Earlier, NATPAC had come up with four proposals that recommended demolition of the ramp. NHAI also expressed worry over the delay in getting approval to demolish the ramp, which the Airport Authority of India was opposing tooth and nail.

The ramp was constructed during the tenure of the V S  Achuthanandan-led LDF government.