A five-star hotel in the state capital has been denied an FL3 licence required for opening a bar on the grounds that it sits next to a highway.

THIRUVANANTHAPURAM: It’s not just government-owned liquor shops that are feeling the heat generated by the recent Supreme Court order banning liquor shops on national or state highways from April 1. A five-star hotel in the state capital has been denied an FL3 licence required for opening a bar on the grounds that it sits next to a highway. 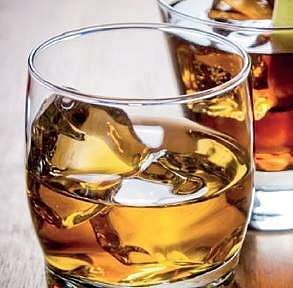 The government has rejected the petition of Hycinth Hotel, a five-star classified hotel, on the grounds the hotel’s plea does not meet the criteria set by the SC in December.

The SC in its December 15, 2016, judgement has held that ‘’no shop for sale of liquor shall be (i) visible from the national highway (ii) directly accessible from a national or state highway, and (iii) situated within a distance of 500 metres of the outer edge of the national or state highway or of a service lane along the highway. The above-said three conditions are applicable in the case of the petitioner’s hotel also,’’ the Taxes Department said in a February 7 order.

The Excise Department, in February last year, had rejected the hotel’s plea on the grounds that it was situated within an objectionable distance from a school and the Chenkalchoola colony.  As per Rule 13 (3) of the Foreign Liquor Rules, no FL3 licence should be issued to hotels within 200 metres from any educational institution, temple, church, mosque, burial ground or SC/ST colony.

The hotel had filed a revision petition, but was rejected and then it approached the High Court. The court asked the government to consider the revision petition after hearing the petitioner. Although the petitioner argued the distance has to be measured from the main gate of the hotel to the main gate of the ‘objectionable site,’ but it was not allowed. ‘’This argument is also not sustainable as the rule provides for the shortest pathway generally used by the public and measured from gate to gate,’’ the government said in its latest order.