Kamal C Chavara was arrested by the Cantonment police for allegedly barging into the police commissioner’s office and verbally abusing.

THIRUVANANTHAPURAM: Malayalam writer and theatre activist Kamal C Chavara, who recently got attention after the police slapped sedition charges on him for allegedly insulting the national anthem, was arrested by the Cantonment police on Tuesday for allegedly barging into the city police commissioner’s office and verbally abusing Cantonment Assistant Commissioner of Police (ACP), K E Baiju.

According to Baiju, the incident occurred around 7 pm when Kamal, accompanied by K M Shahjahan, the former personal secretary of V S Achuthanandan and Suryagayathri and Asmitha Kabir, the students of University college, came to meet G Sparjan Kumar, the commissioner. They wanted to meet the commissioner demanding strict action against the SFI activists of University College who allegedly assaulted Jigesh on the college campus last week. 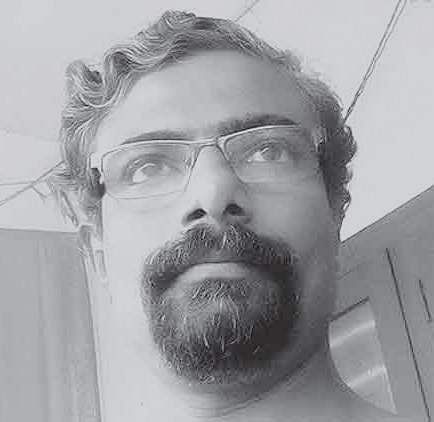 The commissioner called Baiju to update them about the case. Baiju said that the FIR was submitted before the court and the procedure including arrest will take some time. Irked over the reply, Kamal started questioning Baiju and the commissioner. Apparently, he was forcefully removed from the chamber by the commissioner’s gunman and taken into the custody. The police suspect he was under the influence of alcohol.

“His behaviour was unruly. He argued with the commissioner and raised his hands though others remained silent. Hence we will arrest him based on the Sections 332 (Voluntarily causing hurt to deter public servant from his duty) and  447 (Punishment for criminal trespass) of Indian Penal Code. He will be produced before the magistrate on Wednesday”, Baiju told Express.  The police had slapped sedition charges on Kamal C Chavara after he made remarks on the national anthem controversy which occurred during the film festival held last year. The charges dropped after his arrest invited criticism from many quarters.

Asmitha told Express they have no connection with the incidents at the commissioner’s office. “We don’t know Kamal personally. What Kamal C did in the office has nothing to do with our case. So we don’t know about the involvement of Kamal C though we had supported his ideologies earlier”, she said.