iSafe yet to catch attention

The app, which was launched in 2005, enables citizens to maintain direct contact with police personnel during emergencies

THIRUVANANTHAPURAM:A mobile app launched by the city police for women safety has few takers due to lack of awareness. Though police had said it will organise awareness programmes in a big way, nothing materialised. 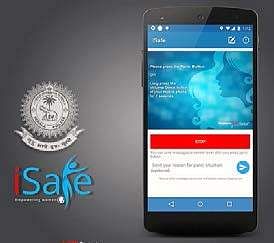 Officials said the number of distress calls are very low though there has not been any decrease in the number of crimes against women in the city.
The app, iSafe, which was launched in 2005 enables citizens to maintain direct contact with police personnel during emergencies. At the push of a button, users benefit from real-time police assistance while in danger or in a situation that requires immediate help. Once the police receives the alert, along with information on the location, the subscriber ID, and the mobile IMEI number, they dispatch help via the nearest police control room vehicle.

A brainchild of the then city police commissioner H Venkatesh, the app was well received during the initial days. But despite around 5,000 downloads the number of distress calls were less forcing the police to think of awareness campaigns.
The campaign planned includes exhibition of a minute long promotional video in public
places like theatres, posters and social media drives. But this did not materialise and the ambitious project failed to yield the desired results.

iSafe helps women to send instant alerts to the police control room with the help of the  ‘Panic Button’ or the volume rocker (down) key of their mobile phone. The police control room receives the alert along with information like the caller’s location, subscriber ID and the IMEI number of the mobile. The information is then immediately sent to the nearest CRV (Control Room Vehicle) or a police party patrol near the distress location.

More from Thiruvananthapuram
Now we are on Telegram too. Follow us for updates