Somewhere, in a village, at Mysore, a young gymnast, Anand Rao, is forced to spend his entire day in bed.

THIRUVANANTHAPURAM: Somewhere, in a village, at Mysore, a young gymnast, Anand Rao, is forced to spend his entire day in bed. His dreams to play at the national level came crashing down after a freak accident left him paralysed.

When Anupama Jaiswal and Aditi Patwardhan,  heard about the athlete’s plight, they approached him.

The duo are the national student coordinators of ‘Billion Beats’, a digital newspaper initiative started by the late President A P J Abdul Kalam.

They wanted to tell the world that there are people, with dreams, who wanted to do something for their country, but couldn’t, because they had met with an unexpected tragedy. However, they also focus on positive stories too.

“These people are our country’s unsung heroes. There are many people, like Anand, whose stories of struggle and pain go unnoticed.

Kalam’s dream was to bring the common man’s plight and their successes to the forefront, which is why he introduced the paper,” says Anupama, who joined the initiative because she has always been in awe of the former President.

Through ‘Billion Beats’, Anand’s story reached a large number of people and help started pouring in. Efforts are still continuing to help Anand find a way to make a living. 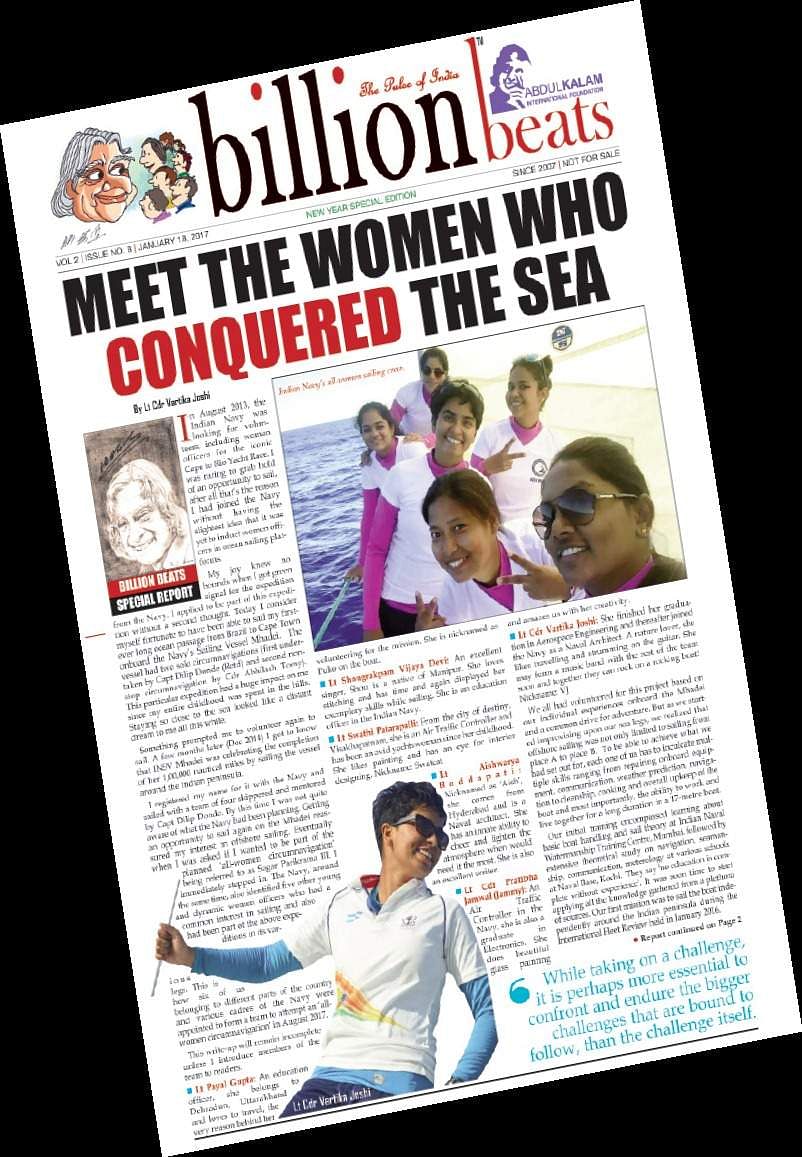 What sets the digital paper’s reporters and editors apart is the way they work. “To interview them, we travel a lot. Apart from that, we stay with the families for a few days, just to understand the kind of life they are leading,” says Aditi, a second-year engineering student.

The experience is very rewarding, too. “These families are very welcoming,” says Aditi. “They treat us as their own and go out of their way to make sure we are comfortable. I love writing and this experience helps me.”

These people need recognition, too. “Abdul Kalam sir always felt that the downtrodden  were sidelined, especially since the focus was always on efforts by celebrities or famous people. When a story about a maid, who works day and night to make ends meet is featured, she feels empowered. This is the idea Billion Beats wants to convey,” says Anupama.