Though Plus One classes began in the state nearly a months ago, the admission process for vacant seats is yet to conclude.

THIRUVANANTHAPURAM: Though Plus One classes began in the state nearly a months ago, the admission process for vacant seats is yet to conclude. 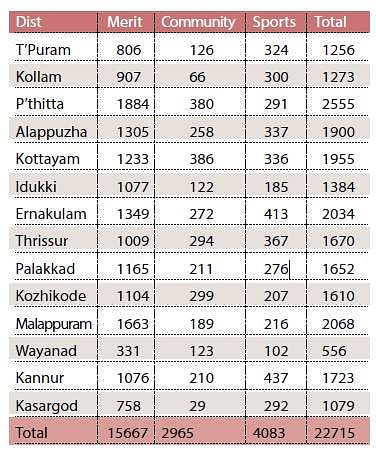 A total of 22,715 seats still lie vacant in schools, prompting the Directorate of Higher Secondary Education (DHSE) to go for a fresh round of allotments to fill them.

“There will be second supplementary allotment to fill the vacant seats. Students can apply till July 24. The list will be published on July 28,” said a senior DHSE officer.

In case the vacancies exist, a statewide transfer option will be opened for the students. “Students who already took admission will be given the option to take inter-district transfer or change of course combination,” the officer said. Despite this, the DHSE expects there will be vacant seats, at least in schools located in remote areas.