Titled Raja Ravi Varma International Foundation for Art and Culture, the organisation which will promote paintings and other Indian arts, is established by the descendants and admirers of Varma

THIRUVANANTHAPURAM: Finally, it’s time for a fitting tribute to Raja Ravi Varma in the form of an international foundation in the name of the celebrated painter.
Titled Raja Ravi Varma International Foundation for Art and Culture, the organisation which will promote paintings and other Indian arts, is established by the descendants and admirers of Varma.
Though there are some institutions and honours already in the name of Varma, his admirers have long been calling for a reputed organisation promoting painting in his name. 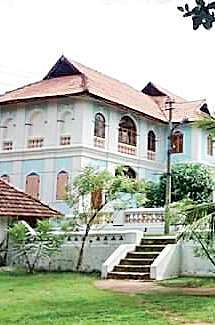 The new foundation will be based at the Kilimanoor Palace where Ravi Varma was born on April 29, 1848. He was the eldest child of Makayiram Nal Umamba Thampuratty and Ezhumavil Illathu Neelakandan Bhattathirippad. He studies the nuances of the art from his uncle Raja Raja Varma.
The foundation will be inaugurated by the head of the erstwhile Baroda royal family Samarjitsinhrao Gaekwad on Monday, the 111th death anniversary of Ravi Varma. Cultural Affairs Minister AK Balan will inaugurate the commemoration function.

Foundation Trust chairman K Ravi Varma revealed a story behind the choice of Gaekwad for the inauguration. “Raja Ravi Varma had planned a grand celebration on his 60th birthday. The then Baroda King was invited to inaugurate a new art gallery on the palace premises. Unfortunately, the maestro passed away before the birthday,” he said.

Besides painting, the foundation will promote various Indian arts, K Ravi Varma said. “We have planned a development programme in phases. In the first four years, the foundation will establish facilities which will make it a national centre of excellence. Later, efforts will be taken to elevate it to an international centre with more facilities,” he said.  The first phase will see the setting up of a painting school, avant-garde art gallery, library and a research centre. Satellite units have also been planned in different parts of the country.

The art gallery, says K Ravi Varma, will showcase state-of-the-art replicas of the master’s works. The palace does not have any original work of Varma, except for an unfinished one titled “Parsi Lady”. It will be restored and exhibited in the gallery.  In the second phase, if proper security measures are ensured, the foundation will request palace members to hand over original works of the maestro. Workshops and specialised coaching in fine arts will be conducted by the foundation. Tie-ups are planned with the fine arts institutions in the country and abroad.

Trust chairman said the immediate priority is to restore Ravi Varma’s studio on the palace. A new one will be set up in place of the dilapidated office building of the palace. This will serve as the headquarters of the foundation.The Trust expects support from government, corporate bodies and NGOs for the foundation’s infrastructure needs.  The inaugural function on Monday will have an exhibition of paintings by the descendants of Ravi Varma.