As the world observes World Palliative Care Day on Saturday, studies have shown that only a small number of patients in the country have access to basic pain relief and palliative care.

THIRUVANANTHAPURAM: As the world observes World Palliative Care Day on Saturday, studies have shown that only a small number of patients in the country have access to basic pain relief and palliative care.The study, published in the well known general medicine journal ‘The Lancet’, also revealed one-sixth of the world’s sick, who need palliative care, are in India. The study said more than 25.5 million people, including 2.5 million children, die every year globally with serious health suffering that requires palliative care. 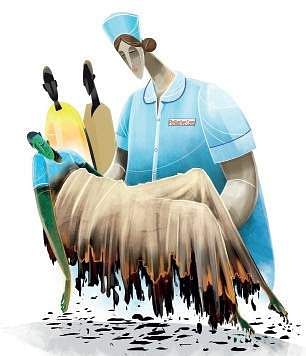 It also stated inequity in access to essential pain relief and palliative care is one of the world’s most striking injustices. The study  was conducted by the Commission on Global Access to Palliative Care and Pain Relief, which included 61 authors from 25 countries.
“Though the Government of India announced a national programme for palliative care in 2012, the budget allocation has been grossly inadequate and progress in the last five years negligible,” said Pallium India chairman Dr M R Rajagopal.

Dr Rajagopal, who is one of the five lead authors of the study, said the poor budgetary allocation came despite Parliament changing its draconian Narcotic Drugs and Psychotropic Substances Act, which was a major hindrance to pain relief access. “Even today, most Indian states have not implemented the revised law which, sadly, has resulted in basic pain management and principles of palliative care not being taught to medical

This year’s theme
This year the day is being observed on the theme, ‘Don’t leave those suffering behind’. “People with advanced illness and pain are weakened by disease and they have no voice,” said Dr. Rajagopal. “Only a public outcry against the injustice done to them can save the situation,” he added.

Poor access to pain relief drugs
The study says though off-patent, inexpensive and immediate-release morphine for pain relief costs as little as three cents (INR less than Rs 2) per 10 mg and is an essential component of palliative care, yet less than one per cent the world’s supply went to low-income countries where the need was the greatest.It says global policies restricting access to opioids mean that millions of people are denied medicines to relieve pain linked to illness or injury.    Pallium India had earlier joined nine palliative care organisations from around the world.