‘Turn into a witch to fend off attackers’

Sumitra Gouri of St Teresa’s PGHSS made her debut performance in the Kerala School Kalolsavam on Sunday.

KOCHI: Sumitra Gouri of St Teresa’s PGHSS made her debut performance in the Kerala School Kalolsavam on Sunday. This ninth grader from Tripunithura brought to light the problems women face in the society. 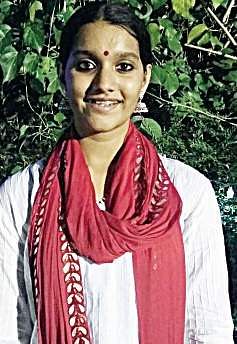 Various incidents like the murders of Jisha, Soumya and Nirbhaya inspired Sumitra to make women’s safety the theme of her mono act. There is no doubt women are not safe in the society. She is neither safe at her work-place nor in her own home. They are even not safe in their mother’s womb.

Gouri, in her mono act, pokes fun at the society, saying women should become witches or demons in order to shield themselves from the lustful hands of patriarchy. “I received a good feedback from the audience,” says this budding actor. Her mono act titled ‘Yakshi’, told the story of a girl who yearns to become a cine-artist. However, due to the stringent patriarchal outlook of society, she’s unable to reach her goal. “In the present scenario, when atrocities against women are on the rise, it is imperative that women become witches, always ready to attack her abusers,” adds Gouri. She is all excited because the audience said the same.  ‘Yakshi’ is a genuine portrayal of hard realities that women endure. Sumitra was trained by Biju Attingal.