Parvathy Puthanar, once the pride of Travancore, today is swamped by pollutants and human waste. The move to spruce up the canal back to its past glory and make it a part of the intra-state waterways

THIRUVANANTHAPURAM: Promises and proposals were galore, but Parvathy Puthanar’s fate, it seems, remains to be a waste bin. The canal, once the pride of Travancore, today is swamped by pollutants and human waste. The move to spruce up the canal back to its past glory and make it a part of the intra-state waterways is yet to take off.In 2015, Oommen Chandy-led UDF government had proposed the cleaning of Parvathy Puthanar as a part of National Waterway project. He had also promised to remove the weeds and other waste accumulated in the canal. The cleaning process was to begin from Moonnattumukku to Akkulam. Also, the then Water Resources Minister P J Joseph had promised to dispense Rs 4.25 crore for an extensive sewerage project, which was proposed to remove pollutants from the canal. The government failed to implement the project.

The latest promise was made by Chief Minister Pinarayi Vijayan during an Assembly session in August 2017. He announced a project to restore the canal to its former state. The project was to be implemented at a cost of Rs 80 crore and aimed at making the waterways from Kovalam to Kollam fully navigable. But according to the sources, the government is yet to initiate the project. Meanwhile, the people living on the banks of the canal are bearing the brunt of the stench emanating from the filthy canal. They also fear contracting diseases. 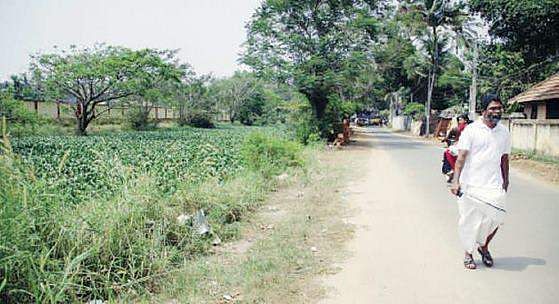 The man-made Parvathy Puthanar, which flows along the West coast of the district, was developed during the rule of Travancore kings. It was created with an intention to link the capital to Kadinamkulam, Vamanapuram river and ultimately, Kochi. But over the years the canal fell into disuse and gradually turned into one of the most polluted water bodies in the South. Encroachments have narrowed the canal and hence, hinders smooth navigation.

P A Raghavan, who resides on the bank of the canal at Muttathara, said Parvathy Puthanar can be cleaned only if some of the encroachments are removed. But nothing is happening on this front because the government is playing petty politics. “None of the authorities are taking any serious steps to get the canal cleaned. All they do is make promises at regular intervals to assuage the residents here,” he said. Raghavan said, even the survey for the project to make the canal navigable was completed.  “But the authorities concerned failed to set the implementation process in motion and the final result is a filthy, vermin and disease-carrying vector infested canal. People here are hoping for a miracle. They want the canal cleaned, “ he added.

According to some of the residents, the government even didn’t announce a rehabilitation package for those people who will be displaced when it will implement the project in the future.  “Government is remaining mum about compensation. It seems they are least interested. Why bother, since we are used to living in these conditions,” said Murugan, a resident.

When ‘T’Puram Express’ contacted a senior officer with the district administration, he said the encroachments on the banks of the canal are a major obstacle in implementing the project. He said the resurvey, which was being conducted for the project in certain areas, was disrupted several times by the local residents.

According to V R Vinod, Deputy Collector (LR), encroachments are quite rampant in certain villages. “This made the survey process difficult. However, we completed the survey and submitted the report to the government. Now, the government has to make the final call,” he said. He said Cochin International Airport Limited (CIAL) had been entrusted to do the alignment of the canal. “In some places canal is 100 metres wide while it narrows down considerably inside the city. The alignment process will be conducted under the supervision of Inland and Navigation Department,” Vinod added.