THIRUVANANTHAPURAM:"Some people believe football is a matter of life and death. I am very disappointed with that attitude. I can assure you it is much, much more important than that," said legendary Scottish manager Bill Shankly who transformed Liverpool from a second division side to European champions back in the 1960s and 70s. 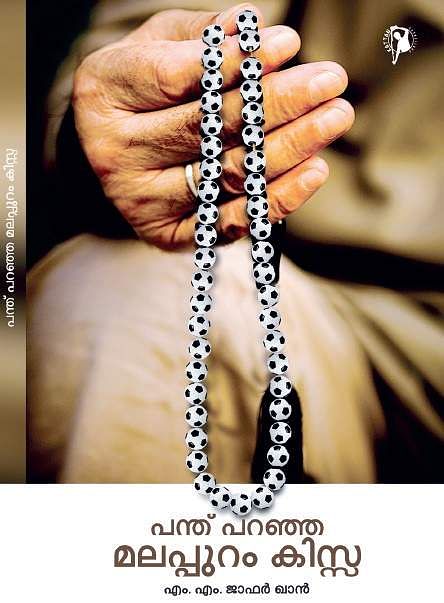 What the Liverpool legend said about English football holds so true for the people of the football-crazy district of Malappuram that one might feel Shankly indeed had them in mind when he said those words in the 1980s. And with 'Panthu Paranja Malappuram Kissa', football writer M M Jafar Khan documents the history of the Beautiful Game in the Malabar region.

"The people of Malappuram live a fast-paced life and one sport they could relate to culturally and emotionally was football," said Jafar. "It is a very simple but fast game -- you just need a football to play it. Also, the game is a platform for people to come together in large numbers. There are even matches played with more than 20 players on one side," the writer said.

An ardent football fan, Jafar grew up watching various tournaments across the state but always felt that something was amiss when it comes to the end product. "We have the most talented players, the best fans, some brilliant coaches and tournaments happening all year, but do we have enough to show for it? No, because the system is flawed," he said.

To highlight this, Jafar has focussed more on unheralded names of the game rather than well-known stars like Anas Edathodika and M P Sakeer. "One of my earliest memories was an all-India sevens final between a star-studded team featuring the likes of IM Vijayan, Jo Paul Ancheri, VP Sathyan and KT Chacko and a side featuring stars from Areekode," said Jafar.

"The team of international stars were comfortably beaten by the local side, but no one has heard of those players since. Players like Baputty (brother of Sakeer) now sells fish while others have flown to the Middle East looking for jobs. With this book, I have tried to bring players like them to the forefront as well as force a rethink from the side of the football administrators," he said.

In the book, Jafar recounts the tale from the time the Britishers introduced the sport in the early 20th century to the Indian Super League era. Between those pages are a countless number of unheard-of personalities who enthralled the football fanatics and helped the sport prosper in the region.