THIRUVANANTHAPURAM: Turkish director Emre Kavuk’s film Digital Captivity brings out the most relevant theme of contemporary times. It revolves around internet addiction and how youngsters fall into the trap of the digital world and commit crimes that land them in trouble. The film was screened at the 24th International Film Festival of Kerala (IFFK).

Digital Captivity opens to a world set in the near future where characters have been involved in various crimes due to their obsession with the virtual world and are sentenced by the court. But, instead of making them serve their sentence in a regular prison, the court decides to send them to a digital crime prison which is more like a rehabilitation centre in an island located to the south of the Aegean Sea. 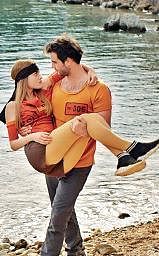 The backdrop of the rehabilitation centre situated in between the scenic Greek and Anatolian peninsulas also forms an important part, where the director has tried to show how each character overcomes his or her addiction and realises the beauty of nature by being in the midst of it.The film opens with the prisoners arriving at the rehabilitation centre. They are given uniforms and are called by numbers.

The prisoners are told about the rules and the various games that will be conducted via which they can collect points if they win. According to the rules, they have to collect 80 points at the end of six months to purchase their freedom.

The presence of an internet room inside the centre makes the film even more interesting. Characters have to fight their urges to browse the internet as it would land them in a conventional prison. Each game conducted in the centre makes the characters realise what they have lost in life because of their addiction. Themes of love, family and friendship have also been explored.The film ends with the final game, the characters are put in a situation where they have to decide between internet and freedom. While some are easily tempted and fail, some choose to give up their addiction.

Stay up to date on all the latest Thiruvananthapuram news with The New Indian Express App. Download now
(Get the news that matters from New Indian Express on WhatsApp. Click this link and hit 'Click to Subscribe'. Follow the instructions after that.)
TAGS
IFFK