All set for the climb

A group of women are gearing up for the final summit push, to scale the lofty 1868m high Agastya Mala.

THIRUVANANTHAPURAM: A group of women are gearing up for the final summit push, to scale the lofty 1868m high Agastya Mala. This year, women will also get to participate in the annual trek arranged by the Kerala Forest Department. After a struggle of three years, they will now be able to climb the second highest peak in the state, the Agasthyakoodam Peak in the Neyyar Wildlife Sanctuary. 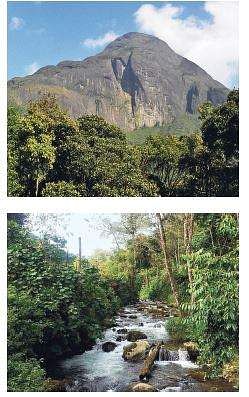 For the past few years, the struggle has been on, with the women being denied permission to join the trek organised by the Kerala Forest Department. Ever since the forest department started its trekking expedition in 1990, women have been restricted entry citing a violation of the customs of the tribal community in Agastyamala. This year, with the High Court directing the government to avoid gender discrimination and consider the entry of women into the Agasthyamala during its trekking programme, the Forest Department had included provision for women to book slots for the programme. And as many as ten women who were part of the legal battle to scale the Agastyamala have been able to get passes.

“It is the second highest peak in the state! I have heard about the many rare plants in Agastyarkoodam and it is my dream to climb the mountain. I am beyond excited to be part of the trekking team.Moreover there should not be any gender discrimination and it is high time it is all changed,” says Meena Kootala, who works at the SAT Hospital. Sharing the same sentiment is Mini Mohan, who has scaled several peaks and have reached up till the Everest base camp. “I have been travelling since the age of 15 and have always wanted to climb the Agastyamala. In the early 90s, I could join the trek of the Forest Department, but couldn't reach the peak as there were restrictions. So I am delighted this time. My only concern is that the rich biodiversity should be left undisturbed. I am eager to see the diversity in this region, which I have only heard about,” says Mini Mohan, a social worker.

This year, as many as 4,100 people have joined for the trekking programme. The number of trekkers is restricted to 100 per day and the trekking programme which opens on January 14 will continue until March 1. “The High Court has directed there be no gender discrimination. If indeed the trekking programme is carried out, then women should also be allowed entry. Moreover, from this year, none can offer the pooja at the temple maintained by the Kani tribals,” says Shajikumar Y M, wildlife Warden,

Thiruvananthapuram. This year, a new camp shed which can accommodate 100 trekkers will be opened at the Athirumala base camp. This is in addition to the earlier camp shed in the base camp. “The new camp shed has been partitioned into two and in one of them, women will be accommodated,” Shajikumar says.

Trekkers to be insured

This time, all the trekkers will be insured, a first in the Forest Department's trekking programme. “The insurance amount hasn't been decided yet. The insurance is being considered this time only to be on the safer side and to factor in any injuries that can occur during the trek,” he adds. As many as 32 guides will be assisting the trekking groups. Each day five groups of 20 each will climb the mountain.