Clean the world, make it a better place

Effective waste management has been a persistent problem.

THIRUVANANTHAPURAM : Effective waste management has been a persistent problem. Despite actively created awareness through campaigns and short films, there is no end to the issue. Nevertheless, Linse Antony, a techie, wanted to do his bit and considered doing a 30-second film on waste. The short won the ‘Think Clean’ short film contest organised by Doordarshan Kendra in association with Total Sanitation Mission. 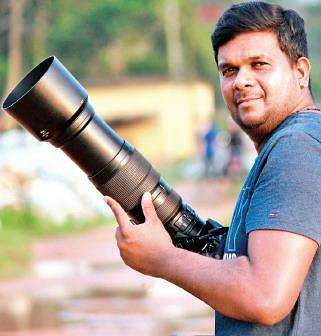 Though a Tamilian, Linse has made short films in Malayalam. He says, “I was always interested in films from the very beginning. After my graduation, I took up a course on filming and later did many short films.”  It was however in 2016 that he got associated with a group called ‘Coffee break’ which discussed films and techniques.

‘Think Clean Campaign’  features a 10-year-old boy who walks around the city and witnesses people polluting the environment in different ways. Linse says, “The film was shot in and around Shangumugham beach and the areas covered with waste. We tried to focus mainly on the expression of the boy as he passes through every area. The highlight is the fact that the boy’s expressions are not scripted.”

A couple of his short films based on social themes have won him accolades. One such short film is ‘100’, based on how deeds and thoughts change lives. It revolves around the story of an alcoholic and a single mother trying hard to fulfill her son’s wishes. Their lives are changed by a few thoughtful people. This short film won its lead actor Zhinz Shan the Best actor award in Qisa 2016, a short film festival of Technopark. The film was completely shot in beautiful locales of Cherthala under the banner of AD Entertainments.

Linse is a multi-talented techie, who spends his time being a creative designer in a technology company perpetually clicking breathtaking pictures through his lens and trying to bring those pictures alive through emotional tales. Presently, he is working on a web series for which the scripting is in progress.