An autorickshaw driver and his family tested positive for Covid- 19 in the district on Friday.

THIRUVANANTHAPURAM: An autorickshaw driver and his family tested positive for Covid- 19 in the district on Friday. With no known source of contact or travel history, the three cases have put the health department on alert. Besides the 52-year-old auto driver, his 42-year-old wife and 14-year-old daughter, five others also tested positive in the district on Friday. Four of these five patients arrived from Kuwait on June 12. They are a 27-year-old Varkala native, a 25-year-old Attingal native, a 30- year-old Kallayam native and a 24-year-old Mukkola native. 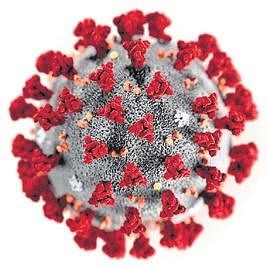 A 19-year-old student who came from Tajikistan also tested positive in Perumpuzha taking the number of cases to eight. With this, 44 patients are currently under treatment in the district.As many as 926 new people were put under observation in the district on the day as part of Covid- 19 containment efforts. A total of 137 people are under hospital isolation.

As many as 17,946 people are under home quarantine. On Friday, 29 people were newly admitted in hospitals and 19 patients were discharged. 387 samples were sent for testing. 328 results received on the day were negative.A total of 1,006 people are under institutional quarantine in 43 centres in the district.

Driver had worked actively till June 12
T’Puram: The auto driver from Iranimuttam, Manacaud, had been working actively till June 12. He also has no known history of contact with people who had either travelled to other states or abroad.  He developed fever and cough and visited the primary health centre at  Iranimuttam around  11am on June 12. From there, he went to Durga Medical Shop in front of the PHC on June 13 and was advised to go to the General Hospital.

However, the patient went home and later revisited the health centre on Monday and went near Uthram Lab at 9.45 am. On the same day he visited Vinayaka stores and Margin Free shop by 5 pm. On Wednesday, he went to Attukal private hospital from where the patient was referred to the General Hospital again. He interacted with his neighbours and others living nearby.