With an objective to promote low-budget movies, the Government has decided to give SGST exemption as well as approvals for shooting in the State at free of cost to Telugu movies produced below 4 cr. 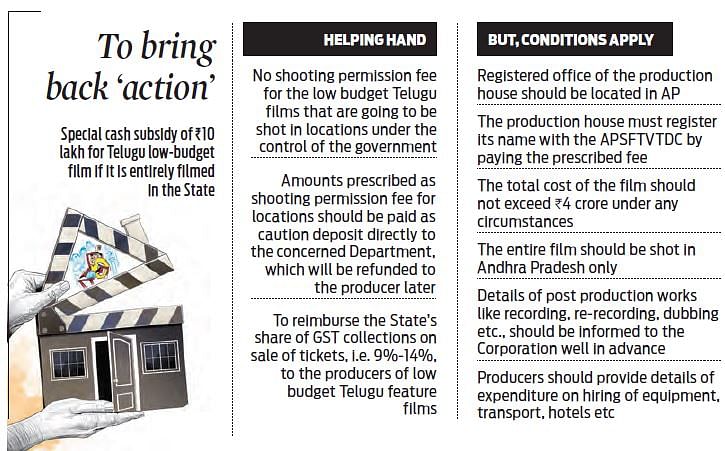 VIJAYAWADA: With an objective to promote low-budget movies, the State Government has decided to give State GST exemption as well as approvals for shooting in the State at free of cost to Telugu movies produced below `4 crore budget.

After bifurcation, film shooting in the State is very nominal. The government’s decision to exempt SGST to low-budget films is seen as an attempt to attract low-budget film producers to the State, thereby reviving the film activity.  Speaking to reporters on Tuesday, Andhra Pradesh State Film, Television and Theatre Development Corporation (APSFTVTDC) chairman Ambica Krishna said that producers of small films were suffering losses as big-budget films are occupying most of the screens. The government’s decision is to extend necessary assistance to such movies, he said.

Now we are on Telegram too. Follow us for updates
TAGS
State GST telugu films

China says it 'regrets' unmanned airship's entry into US airspace

Indigo flies passenger to Udaipur instead of Patna, inquiry ordered