Many want death for Vaishnavi’s killers

After court sentenced the accused in Naga Vaishnavi case to life imprisonment till death, many people reacted by saying that nothing less than a death sentence was suitable for such heinous crimes.

VIJAYAWADA: After the Vijayawada Women’s Session court sentenced the accused in Naga Vaishnavi case to life imprisonment till death, many people reacted by saying that nothing less than a death sentence was suitable for such heinous crimes. 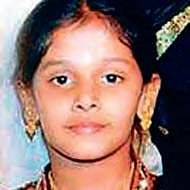 “The murder of Naga Vaishnavi triggered panic in our family. We were afraid of sending our children to school for a few days. Instead of sentencing the accused to life imprisonment, the court should have sentenced them to death. That would have been a more appropriate  punishment,” said K Vijayalakshmi, a private employee.

‘’Unfortunately, the verdict was given in favour of the accused. They should be expelled from the society. This sentence has given the accused a scope to file petitions in the High Court and Supreme Court, and escape punishment,” said A Annapurna, founder of Margam Foundation, a city-based NGO.

However, Naga Vaishnavi’s brother, Hareesh, felt that the court pronounced the verdict after examining the severity of the crime. His only complain with the verdict was that it came two years late.

If it came earlier, his mother Narmadha Devi and uncle Sudhakar Goud would have been alive to witness it, he said. “My mother’s last wish was to get the culprits punished severely. I hope the verdict ensures that no one dare commit such heinous crimes in future,” Hareesh added. When asked why there was a delay in the case progress, Reddy said, “I do not know why the government did not set up a special court to try the case.”

Now we are on Telegram too. Follow us for updates
TAGS
Naga Vaishnavi murder case