The admin gears up to declare Krishna child labour-free by March-end.

VIJAYAWADA:  In what could be perceived as a major push to eradicate child labour, which is a menace the country still faces, the labour department and the Krishna district unit of the National Child Labour Project (NCLP), along with some NGOs, have raided various establishments across the district and rescued as many as 150 minors.

In the ongoing raids that kicked-off on February 23, the officials observed that child labour issue is rampant in city and most of the rescued kids were school dropouts. “Child labour is mostly seen in areas like Ajit Singh Nagar, Payakapuram, Nunna, Autonagar, Ibrahimpatnam and other suburban areas. Poverty, parents’ ill health and broken families are some of the factors that drive these kids to start working early on in their lives and their priority is to earn daily bread for their families,” D Anjaneya Reddy, the assistant commissioner of labour department, said. 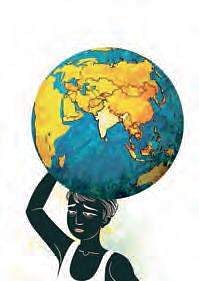 In order to make Krishna free of child labour by end of March, the district administration has adopted a multipronged approach to end the menace ensuring that no minor under the age of 14 is found working.The assistant commissioner added that special drives were conducted at Nuzvid, Vuyyuru, Gudivada, Machilipatnam, Pedana, Pamarru, Jaggaiahpet, Nandigama and other places as per the instructions of Collector B Lakshmikantham.

The inspection teams comprised labour department officers, NGOs and police who inspected Kalamkari shops, imitation jewellery shops, mechanics’ workshops, hotels and other establishments across the district and registered cases against the owners who employed children aged below 14. The employers, booked under the Minimum Wages Act-1948, Shops and Establishment Act - 1988 and the Child Labour Prohibition Act - 1986, were directed to attend an Open Court session to be held at the Sub-Collector’s office here on March 28 at 11 am. “We have collected `3 lakh in the form of penalty from these employers,” the official added.

Now we are on Telegram too. Follow us for updates
TAGS
child labour NCLP