How fantastic would it be to turn one’s hobby into a job, especially one that has a big influence on the lives of others? By joining Crossover Basketball and Scholars Academy, 20-year-old Shane Leander Roy did just that. This Madras Christian College student has a penchant for basketball and helps young children learn important life skills through the game. 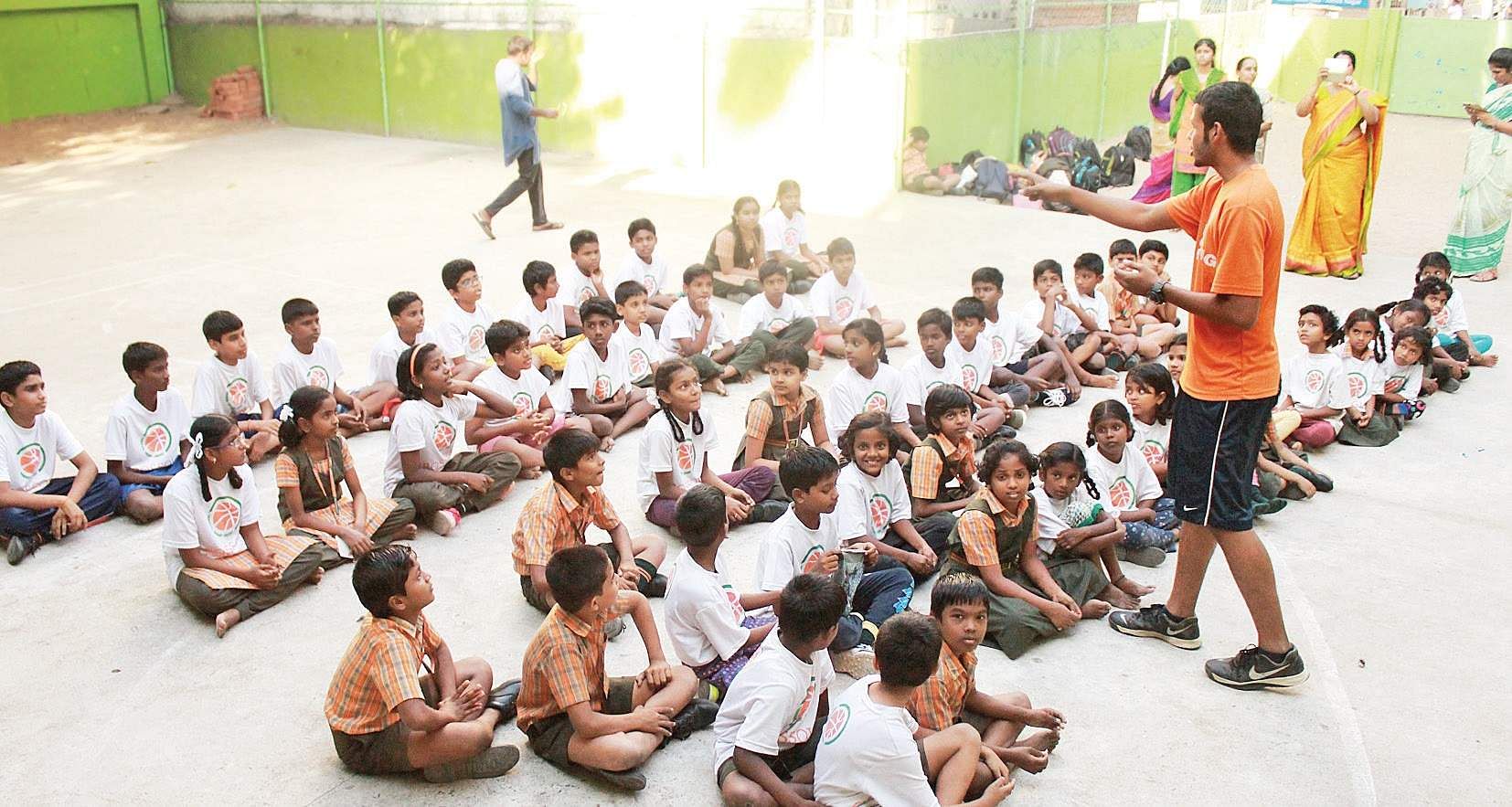 Crossover has five pillars — leadership, character, teamwork, gender equity and communication. Each day, Shane chooses a quality to focus on.

He explains, “Let’s take leadership for example. Every day, before I get into the fundamentals of basketball, I do a classroom session where I talk about leadership and conduct an activity on it. Then we step on to the court where the sole focus is on leadership,” he says, adding, “The aim is to help them stand out from the pack and the society they live in. It’s to show them a world of opportunities.”

Shane works with 80 children who are divided into two groups of 40 that he meets on alternate days. Most children in the school are from low-income backgrounds, living challenging lives.

At 6.2 ft, one would think that basketball would have been Shane’s first pick, but in reality, it took a while before he found his calling. Having been brought up in Chennai, Shane was always fond of being outdoors and trying his hand at different sports. But, life took an ugly turn with the tragic passing of his father.

“The walls came crashing down. I was just a kid, it made no sense to me. Our landlady evicted us and I had no idea what my mother was going through,” says Shane. But this pushed him to make something of his life.

In grade XI, he would go down to the basketball court and shoot some hoops, and most of them would land in. “No one taught me how to make the perfect shot. I never watched basketball on TV either. It was innate I guess. The principal of my kindergarten school suggested that I try basketball because of my height and it made sense to me. That’s when my journey began,” says Shane.

When he joined Crossover, it was initially for the money. “In college, my friend George and I wanted to go out places and money was an issue. Then last summer I went back to Crossover. Shaun Jayachandran, the founder, asked me if I wanted to work for them part-time. What are the odds that I’d get an opportunity to do something I love, which involves creating an impact on children’s lives. I couldn’t say no,” exclaims Shane.

Two years into it now, it’s not about the money anymore. It’s the joy he sees on the children’s faces when he walks into the school every day.