‘Romancing a man was new for me’

A newbie to Tamil cinema, Ashwinjith hopes his movie would influence change in society. Rachel S M Windsor finds out

At 21, Ashwinjith’s life has taken a new turn. From being an ordinary college student just a few months ago, Ashwin is now being applauded across the country for his role in the upcoming Tamil movie En Magan Magizhvan (My Son is Gay). The independent film, written and directed by Chennai-based Lokesh Kumar showcases the dark reality of LGBT stigma in society. Ashwin, a BSc Multimedia and Animation graduate from VIT, Vellore, who plays the role of the protagonist Varun, talks about the challenges of his role, the support he had and other behind-the-scenes events. Excerpts.. 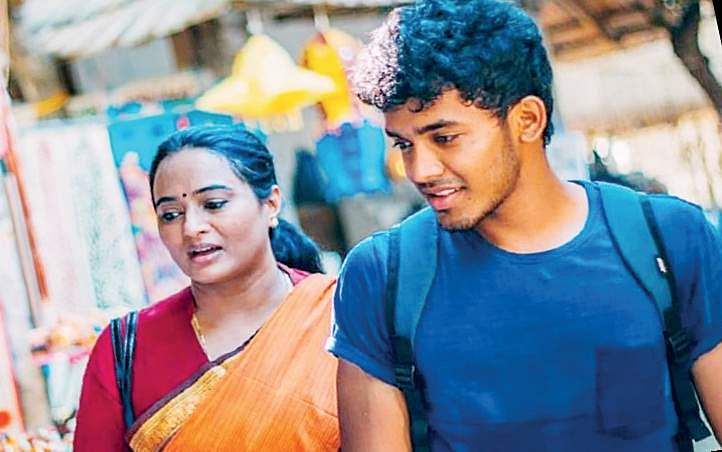 We have to ask. How did you manage to pull off acting like a gay person considering you’re straight?
There isn’t much of a difference between a heterosexual and a gay person. It’s just the sexuality and has nothing to do with the body language. I had rehearsals and I watched a lot of LGBT movies.

Did you find it hard to get a perfect take?
I wouldn’t say it was hard I would rather say it was challenging. My very first take, I was a bit nervous but after that everything I was confident.

Did you have any second thoughts about this movie?
No, not at all! Being my debut movie and doing such a challenging role, I mean who wouldn’t love to do these kind of roles, and on top of that I could prove myself as an actor.

How’d your family react?
They were actually quite happy and proud of me doing a movie, they were quite open minded and didn’t have any issues with me doing an LGBT movie.

What was the hardest thing about acting as a gay person?
Romancing with the same gender is something new to me! That was a challenge.