Even Lupus couldn’t stop her from dancing

Dance was always a part of Sangeetha’s life. It was her passion. That was the reason this 26-year-old from Chennai continued to dance until a few months ago, even when the disease, lupus, tried to conquer her. Sangeetha, who began dancing from the age of 9 is also a choreographer who has participated in various TV reality shows. But fate played its hand against her 14 years ago, when she was down with a fever and severe body ache. 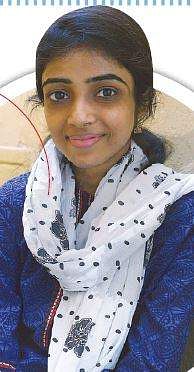 “We thought it was a viral fever. But then one day, I experienced massive hair fall overnight. Worried, we went to a doctor who diagnosed me with lupus,” says Sangeetha. Until then, no one in her family had even heard of the chronic incurable disease, where the immune system attacks its own tissues. Over the years, it has attacked different organs in her body. Thus, both her kidneys have failed. She undergoes dialysis twice a week, apart from other expensive medication and treatment.

The family had to sell all their property to pay for the treatment. As a last resort, Sangeetha’s family began a crowdfunding campaign through Milaap, through which they have collected around `3.5 lakh. There is no established cure for lupus. Also, since not many are aware of it, her medical insurance claim was denied. But she continues to be a brave trouper. She dances to forget her worries, triumphing over the killing pain. Even though she couldn’t attend school, she scored good grades in her class X and XII Board exams. Later, she did her B Com through correspondence and Master’s in Mass Media as a regular student. She aims to create awareness about lupus. “Once my condition improves, I’ll try my best to make more people aware of the disease,” she says.