EQ is as vital as your IQ

Fortune magazine did a cover story in June 1999 on Why CEOs fail. Authors Ram Charan and Geoffrey Colvin categorically stated that successful CEOs shine — not so much in the areas of planning or finan

Fortune magazine did a cover story in June 1999 on Why CEOs fail. Authors Ram Charan and Geoffrey Colvin categorically stated that successful CEOs shine — not so much in the areas of planning or finance — but in the area of Emotional Intelligence.

Why do people with average IQs outperform others with considerably high IQs, almost 70% of the time?
This was an uncomfortable question for many who had always assumed that the sole source of success was cognitive ability or IQ. Decades of research now conclusively point to the fact that emotional intelligence is the critical factor that sets star performers apart from the rest of the pack. 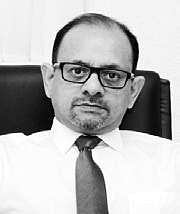 So what is emotional intelligence?
It’s the ability to understand and deal with feelings, both your own and those of others, in a healthy constructive way. Simply put it’s the ‘something’ in each of us that is a bit intangible that affects how we manage behaviour, navigate social complexities and make personal decisions that achieve positive results.

EQ vs IQ
IQ is important all right, it’s a threshold requirement to get a job. For example, high cognitively skilled jobs like an accountant, engineer and lawyer require the basic degree, for which one has got to have a certain level of IQ.
However, after the initial entry — level requirement, their success in an organisation primarily depends on so many other factors — the ability to be assertive, empathetic, collaborative, staying focussed under pressure and a plethora of non-cognitive skills. Emotions are critical and drive learning, decision making, relationships and overall wellbeing. Students who are unable to handle stress or disruptive emotions might sometimes perform inadequately in academics and if the school is old fashioned, then the student might be branded a slow learner and has to bear the consequences.

It’s best that students are taught early on to be more aware of their emotions and those of others, to cope better with stress, to be less impulsive, to be more optimistic and positive about themselves, and to get along better with others.

Such ‘emotional training’ adds an important aspect to education in that it would prepare learners to better cope with environmental demands and increase their ability to function and succeed in life.
IQ starts developing at an early age, say 6 or so , and peaks at 17, then it begins a very gradual decline, but EI on the other hand can be developed to well beyond 65 years or more. All of a sudden the new millennium sees the concept of emotional intelligence beginning to make its indelible mark at the work place.
Are we ready?

R A Nadesan is an executive coach, behavioural and soft skills trainer with a pan India presence. He can be reached at ranadesan@yahoo.co.uk