When we were first introduced to Rahul Karad, the founder and dean of Maharashtra Institute of Technology - School of Government (MIT-SOG), Pune, we overheard him enthusiastically saying, “I want people to copy me.” What he’s referring to is the Bharatiya Chhatra Sansad (BCS), which had started with five classrooms back in 2010. Now, a three-day event held on 17, 18 and 19 of this month, it was spread across the Swami Vivekananda Mandap,  a 12,000 sq ft auditorium at its Kothrud campus grounds.

As we catch up with him, he tells us how the BCS has fostered several platforms like the Bihar Chhatra Sansad, Gujarat Chhatra Sansad and many more. “BSC will become the parent of youth parliaments in India,” he says confidently. This conference was started with the intention of providing a dynamic platform for youth leaders with the singular aim of increasing youth involvement in politics, thereby ridding the country of corruption. 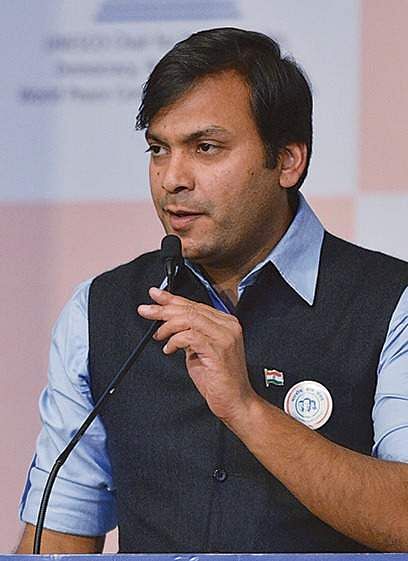 Recalling the events this year, on the first day, Youth Affairs Minister Vijay Goel revealed his ministry’s intent to launch a Sports Talent search portal, where all you have to do is upload how you’ve made a mark in any field, and you could win the chance to be trained at the National Sports Academy.

On the second day, Hardik Patel, frontrunner of the Patidar reservation agitation, was faced with opposing views like — I am a Patidar, but I don’t want reservation — to which he replied, “This is for the greater good.”

The final day witnessed Baba Ramdev in an infectious mood being his regular goofy self, and introducing himself as the brand ambassador for Patanjali products.

Every day, the dignitaries covered burning issues like reservation, freedom of expression, black money and more, while a few trailblazing politicians were given awards, including the Chief Minister of Tripura, Manik Sarkar. He did not hold back from ranting about the country’s current state of affairs. 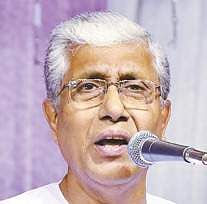 What was striking was that alongside these stalwarts, student leaders from various parts of the world were given the opportunity to present their views as well. In fact, the audience too was asked to vote on these issues. Despite long sessions every day, at the end of the event, students flocked to the Youth to Youth Connect, where they were split according to their areas of interest and a war of words ensued on various topics.

Professor Rahul admitted that conferences like these have been a part of the Parliamentary Youth Affairs Ministry since 1965, but their agenda is beyond just organising an annual conference.

“We want students to work post the event. We monitor and mentor them through their journey,” he says, revealing that, in February, Amravati will play host to the first ever National Women’s Parliament. This recommendation came from Chandrababu Naidu, Chief Minister of Andhra Pradesh to Professor Karad last year. When asked if he has any regrets, he says, “There are so many more students. How do I engage them all?”