The speed at which Congress and Janata Dal (Secular) came together to stake claim for forming a government was astonishing. 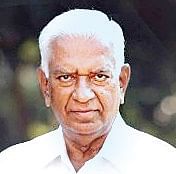 BENGALURU: The speed at which Congress and Janata Dal (Secular) came together to stake claim for forming government was astonishing. Congress leaders, who were exuding confidence of forming the government on their own, sprang a surprise by announcing their decision to back JD (S) even before the results for all the seats were announced.

However, party insiders who were privy to the developments said preparations for what looked like a ‘coup’ to keep BJP that emerged as the single largest party away from power had started even before the polling day. A day before the polling — on Friday — senior Congress leaders Gulam Nabi Azad and Ashok Gehlot were in Bengaluru to hold talks with the JD(S) leadership. By that time, many pre-poll surveys had indicated fractured verdict and the parties too would have made their own assessment of the situation.

“The process was initiated after Congress leaders Sonia Gandhi and Rahul Gandhi personally spoke to
JD(S) supremo H D Deve Gowda,” sources said. In the event of a hung verdict, the JD(S) was willing to go with a party that supports the regional party government headed by H D Kumaraswamy. The Congress that secured 78 seats was more than willing to go for such an option, than BJP which emerged as single largest party.

“The JD (S) had kept its options open. Congress leaders made their moves very fast anticipating swift action by the BJP leadership,” sources said. In Goa, though the Congress had emerged as the single largest party, BJP formed the government with support from smaller parties.

Congress sources said apart from AICC leaders landing in Bengaluru to discuss possible post-poll alliance with Deve Gowda, discussions were also held in the national capital. “Congress that was keen to keep BJP away from power initiated these talks. The JD (S), however, would  have gone with even BJP if they agreed to their conditions,” sources said.

The decision to support JD(S) was taken by the high command and it looked as if the state leaders hardly had any say in it. Uneasiness on the faces of Siddaramaiah and KPCC president G Parameshwara was quite palpable while they were addressing a joint press conference with JD(S) state president HD Kumaraswamy after meeting the governor to stake claim to form the government.

The decision to support JD(S) was taken by the high command and it looked as if the state leaders hardly had any say in it.

Now we are on Telegram too. Follow us for updates
TAGS
Karnataka polls JD(S) Karnataka Congress