Senior Congress leader Ghulam Nabi Azad claimed that Anand Singh was trapped in Mumbai with the help of a Central Minister. 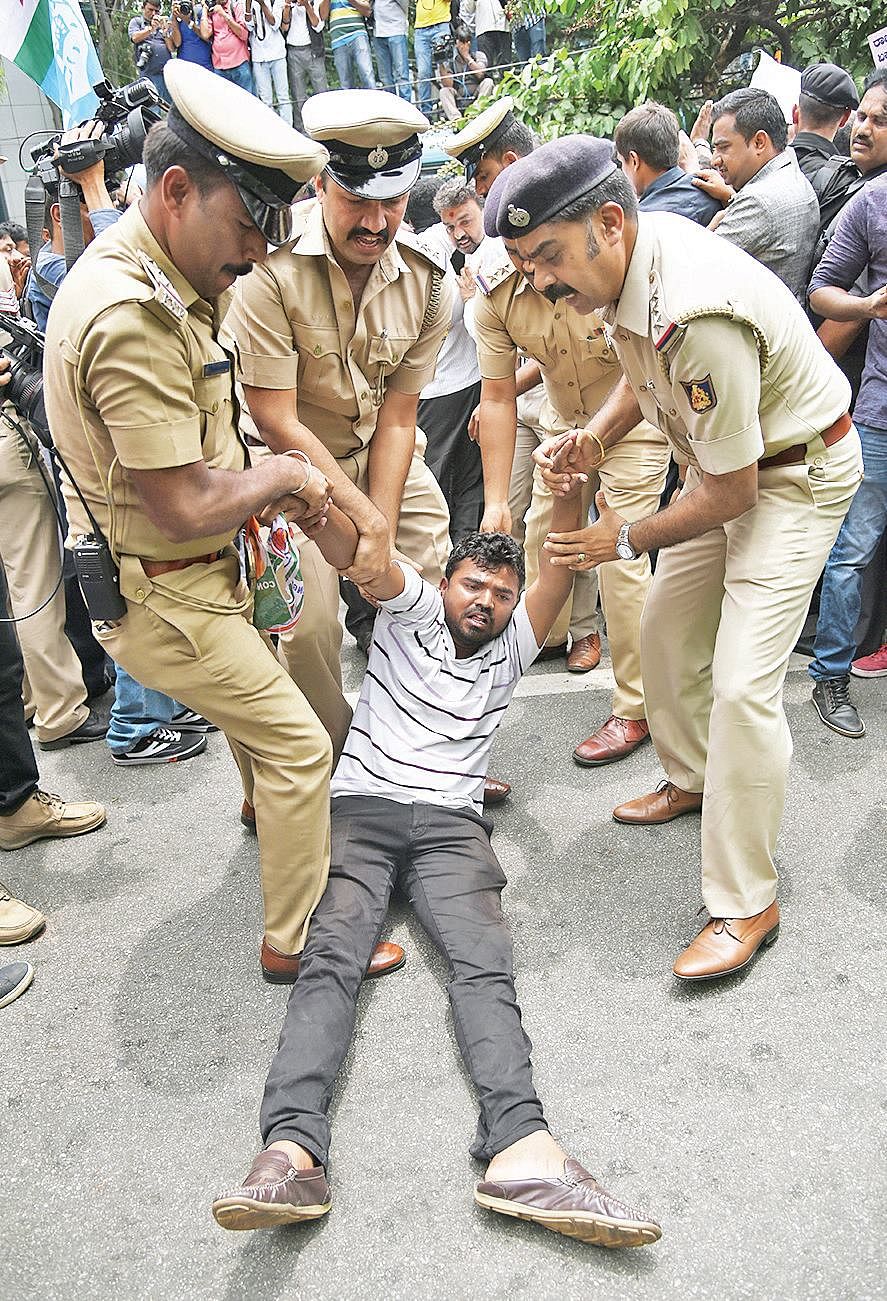 BENGALURU: Welcoming the decision of the Supreme Court to conduct a floor test in the Karnataka Legislative Assembly on Saturday, Congress leaders have claimed that they have evidence of the offers made by the BJP to its MLAs. The party has also alleged that while MLA Anand Singh was abducted by the Central government, Maski MLA Pratap Gowda Patil was kept in captivity.

At a press conference here on Friday, former Chief Minister Siddaramaiah alleged that Chief Minister Yeddyurappa and other BJP leaders such as B Sriramulu and G Janardhana Reddy have lured Congress MLAs with various offers. The evidence for the same will be revealed after the floor test on Saturday, he said.

Senior Congress leader Ghulam Nabi Azad claimed that Anand Singh was trapped in Mumbai with the help of a Central Minister. “After he went there, he was taken to Delhi,” Azad said, accusing that Anand Singh was ‘kept in wrongful confinement’ using the ED and the I-T Department.

Modi, Shah remnants of Hitler: Siddaramaiah
Siddaramaiah made a controversial remark by comparing PM Modi and BJP president Amit Shah with Hitler. “Modi and Shah are remnants/fossils of Hitler,” he said.Criticising the time period of 15 days granted by the Governor to the BJP to prove its majority, Siddaramaiah said while Yeddyurappa had asked for a week, Modi and Shah, along with Vala, discussed it and granted 15 days. Congress workers staged a protest in front of the KPCC office in the city.

Worn down Sania Mirza to retire after 2022 season