From Charlize Theron to Vijayashanti, let's look at women in action over the years

There is something very cathartic about watching women kick some butt, quite literally, on screen.

There is something very cathartic about watching women kick some butt, quite literally, on screen. As women, we have been always told that we are the ‘weaker sex’. And that if it comes to a fight, any man could strongarm us into defeat. This conditioning made me think of my body as a liability. It took me a long time to unlearn all of that.

Thus, to watch women be badass on screen, sending men to the ground with consummate ease, is not just entertaining but also gratifying. Hollywood makes this look very convincing, The Old Guard on Netflix being a recent example. The film sees Charlize Theron in striking form, finely aided by Kiki Layne. A grounded superhero film of sorts about a bunch of immortals, what I loved about The Old Guard was its nonchalance. There’s no brouhaha about her gender. 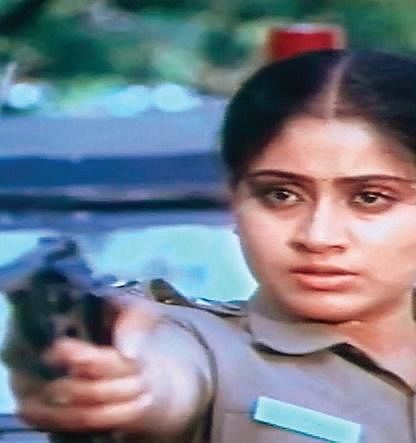 Theron’s formidable presence greatly boosts the character’s ‘mean killing machine’ facade. The actor plays Andy with a heady mix of dexterity, grace, and strength; she moves about spitting bullets and annihilating bad men like it is no big deal. (Theron’s moves are so impressive that former WWE champion Kofi Kingston complimented her, saying she has a career as a WWE star if she wants it!) This isn’t Theron’s first brush with action. There’s also Atomic Blonde and, of course, Mad Max: Fury Road, where she plays the fabulous Furiosa. For me, Mad Max: Fury Road has some of the best representation of women in action. Almost all stereotypes are thrown into the bin: old women bear guns with might and pregnant women hang off a war rig.

Their bodies are potent tools and not inherent liabilities, as we have been led to believe. After watching The Old Guard, my train of thought slowly moved towards female action in Indian cinema. In Bollywood, there is a trickling increase in female action with actors like Katrina Kaif, Taapsee Pannu, and Shraddha Kapoor choosing action films, and also, increasingly, performing the stunts themselves. Then there are younger actors like Radhika Madan (Mard Ko Dard Nahi Hota) who can execute a flying kick on screen with stunning conviction.

However, down south, Vijayashanti is still the first name that comes to mind when one thinks of female action. The actor donned the Khaki for her 1990 Telugu film Karthavyam, which was dubbed in Tamil as Vyjayanthi IPS, to rousing success across languages. This film had Vijayashanti doing everything the heroes did back then: flips, kicks, jumping over cars, hanging from vans, etc. The success of Karthavyam led to Vijayashanti doing similar female-centric roles and she was hailed as a superstar back then. (Incidentally, both The Old Guard and Karthavyam are produced by their leads.) The most fascinating thing in all of this is that Tamil cinema doesn’t have a recognised stunt woman. Most heroines have male body-doubles for their action or stunt sequences. 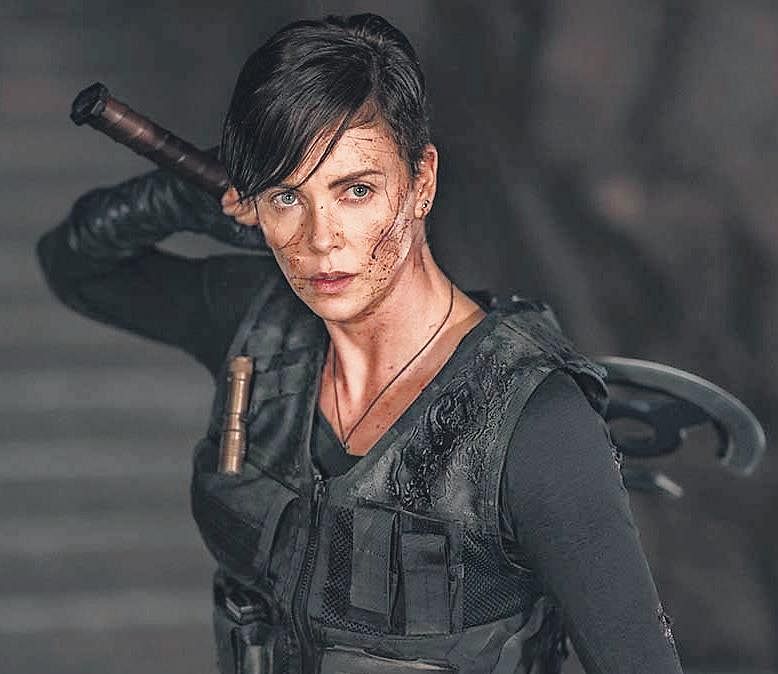 In fact, a stuntman named Nasir specialises in being the body-double for women and has stood in for several of the current top female actors. Supreme Sundar, president of the stunt union, tells me that no woman has approached them yet to be part of the union. He further adds that this has always been the case, even women from stunt families do not come forward. This isn’t the case in Bollywood, where there are a few recognised stunt women like Sanober Pardiwalla. There’s even a movie documenting the story of Reshma Pathan, credited as Hindi cinema’s first stuntwoman. This isn’t to say that women have not tried action here in the South. Sripriya mentions in an old interview that she received much praise for the little action she did in Billa. Several others like Khushboo (Magalirkaga, Captain Magal), Simran (Kovilpatti Veeralakshmi), and Sneha (Bhavani IPS) dabbled in action.

There’s also Three Roses, which was inspired by Charlie’s Angels. Produced by Rambha, the film had her playing lead with Jyothika and Laila. It begins with a monologue of the three women leads talking about how they were tired of singing duets and hiding behind trees when the men fight (“Maratha suthi duet paditu iruntha naanga ipo modha thadavaya sanda poda vandhrukom”). This film, however, met with box-office failure. With the new wave of women- centric cinema, we have younger female actors taking up action more frequently.

I can think of Dhansika in Kabali, as well as Jyothika in Naachiyar and Jackpot. After Vishwaroopam and Thupparivaalan, Andrea has reportedly performed her stunts in Maaligai and is also donning the Khaki in Kaa. Varalaxmi has Chasing, Amala Paul has Adho Andha Paravai Pola, and Nanditha Sweta has IPC 376. Female action has also trickled to short films: Maya S Krishnan kicks up a storm in style in her short Maya Unleashed. But the engagement is still superficial, unlike Hollywood where actors train extensively to look formidable in motion.

One can only hope that these younger actors, with time, do explore style, with the conviction we see in the West. In a recent interview, Katrina Kaif mentioned that it was her dream to see women walk out of the dust in slow motion, something that our male stars often do. She added that the clocks have been set in motion for the same. Can we hope to see the same in the South?