When you betray your race

With War for the Planet of the Apes releasing this Friday, we take a look at films in which we have rooted for the ‘others’

Over the years, Hollywood has pitted human kind against various species, including humanoids and hostile aliens. While the narrative generally encourages us to side with humans, and it isn’t hard to do that, considering it’s our kind after all, there occasionally comes a film in which you are rooting against humans. The Planet of the Apes films have generally been sympathetic to the cause of apes, and with the sequel set to release this Friday, here are films that made you wish you weren’t human. Oh, and for the purposes of the story, we are staying away from films like X-Men, which despite showcasing the cruelty of humans, isn’t really about an entire community being up in arms against humans. 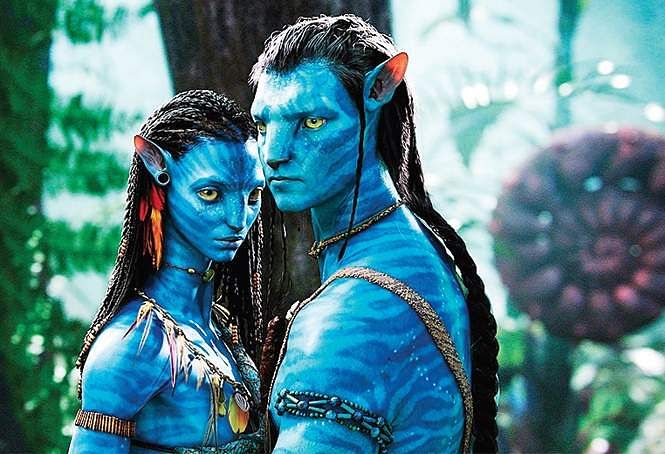 Avatar
The highest grossing film ever, Avatar is set in 2154 when humans, who have depleted Earth’s natural resources, invade a habitable moon called Pandora, only so they can to get their hands on a valuable mineral, Unobtanium, that the planet has high deposits of. And of course, they go about it in a destructive way, as they don’t pay too much attention to destroying the habitat of the blue skinned sapient humanoids, Na’vi. Jake Sully, a paraplegic former Marine, joins the mission by operating his Na’vi-human hybrid called avatar, and he essentially represents you, the audience, when he sides against his own kind. Four sequels are planned in this franchise with the next planned for release on December 18, 2020.

District 9
This Neill Blomkamp-directed sci-fi film has a population of sick and malnourished extraterrestrials, called prawns, who are isolated in horrible, slum-like conditions. In the name of security and confinement, the aliens are treated as lesser creatures, and left to languish in prison-like conditions. The film successfully explored multiple themes such as xenophobia, and social segregation, and got you rooting for the prawns. King Kong
King Kong has spawned eight films over the years. The original 1933 film had the giant ape fall in love with a woman and lose his life for her. Though the follow-up films had different backdrops, the ‘love’ angle generally remained. Even the recent 2017 film, Kong: Skull Island saw the ape saving Brie Larson’s character. This film is a part of the MonsterVerse, and Kong will soon be seen facing off against Godzilla in 2020’s Godzilla vs. Kong. But so far though, King Kong has generally suffered from the hands of evil humans, and every time he unleashes havoc on civilisation, you’re generally praying no harm befalls the giant ape.

Pixar films
Over the years, numerous animated films, predominantly from Pixar, have had us rooting for animated characters, generally on account of them being tormented by humans. The last Toy Story film, Toy Story 3, was about kids letting go of their toys after turning adults. Finding Nemo, meanwhile, has its titular character’s father losing him, thanks to scuba divers capturing him. Ratatouille was about a gifted rat, Remy, who sets out to prove that ‘anyone can cook’ only to find that the world generally despises rodents. Even Wall-E was about humans having abandoned the planet and leaving behind the Wall-E robot to clean up. The film also criticised consumerism, corporatism, waste management and the environmental impact of humans.

And of course, Planet of the Apes
This long standing franchise inspired by French author Pierre Boulle’s 1963 novel, La Planete des Singes, began with a film in 1968 that resulted in a series of sequels, tie-ins, and derivative works. Unlike the original franchise which showed the apes as the dominant species, in the current reboot, the origins of how the apes became dominant is being showcased. After enduing great suffering, Caesar (a chimpanzee that later becomes their clan’s head), who owes his abnormal intelligence to a drug ALZ-112, leads an army of apes to stand up against the cruelty of humans. The film deals with themes of racial prejudice and animal cruelty.

Stay up to date on all the latest Entertainment English news with The New Indian Express App. Download now
TAGS
Avatar King Kong District 9 Pixar Planet of the Apes