Harry Potter, the boy who lives on...

Twenty years ago, on June 26, JK Rowling introduced the world to a boy with a lightening scar on his forehead, who would go on to protect muggles and wizards from ‘You-know-who’.

Twenty years ago, on June 26, JK Rowling introduced the world to a boy with a lightening scar on his forehead, who would go on to protect muggles and wizards from ‘You-know-who’. And this is how the world looks today for Potterheads...

In 1997, when a messy-haired bespectacled boy greeted us from beneath the dusty cupboard under the stairs, the world was never the same again. To say that he changed our lives seems as redundant as saying Hermione loves books; there’s not a soul who doesn’t know his name. From wand-hunting in Diagon Alley to finding horcruxes in god-knows-where, we’ve all grown along with Harry, Ron and Hermione. This June 26 marks two decades of a never-ending era and we felt it apt to re-trace the journey from Philosopher’s stone elixir to breeding fantastic beasts. 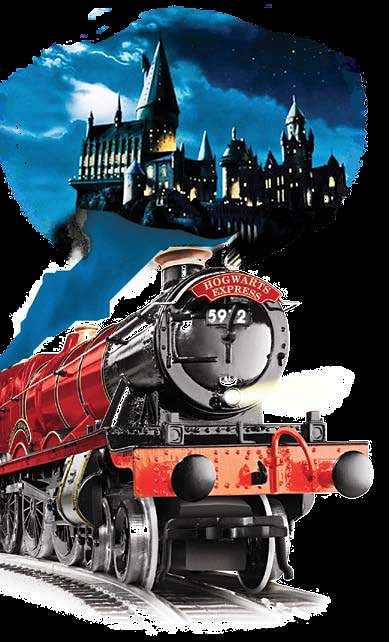 When Bloomsbury finally decided to take JK Rowling’s manuscript to print, they had no idea they will be giving rise to one of the largest, zaniest fan-following in the world. Though it all started as a reasonable children’s tale of castles and dragons, the story matures with the characters within. The first time we see Harry, he’s but a tiny bullied kid in an unhappy home, who later goes the way to defeat the darkest wizard; by the time he’s battling for the Triwizard cup, he’s matured into the sassy, mellow boy we all know him to be.

The first four books releasing in successive years, and the last few at two-year intervals, the world stood outside stores waiting hours to get the latest books. With each subsequent release it garnered a million more crazies. By the time the first movie came out in 2001, we were already done soaking in the prefect’s bathroom bubble-bath with a golden egg and Moaning Myrtle, and old Voldy was back.
Most die-hard potterheads swear by the books, for good reason — the movies were too stingy with the story, but they did get some things right; Emma Watson, the bloody brilliant British accents making the spells all the more splendid (can you hear wingardium levi-oh-sa?), and a great background score, like Hedwig’s theme that’s now the world’s favourite ringtone.

The movies were released over a span of 10 years, the last one on 2011, and after that, the world refused to let the fandom fizz away, no sir! A few of imaginative ones resorted to writing fanfiction — with some writers garnering a fan-base of their own.So you can imagine the delight when it was announced that the EIGHTH book was releasing nine torturous years after the last book — well, ok, not a book, but a play script.

The cursed child released in July 2016, much to the fanfare of the world, with theme parties and across the world, though the book fell flat compared to its predecessors. But the spin-off release of Fantastic Beasts and Where to Find Them, last November all but made for it with...wait for it, FOUR more movies planned. (Who can cast a patronus now?)

So, this coming June 26, we suggest you treat yourself by calling in sick (try potter-itis or anti-muggle seizures), taking out the books, and cosying up in a corner with some butterbeer. If some clueless muggles roll their eyes at you, faze not fellow wizards/witches, remember what Dumbledore said, ‘Of course it’s happening in your head, but why on Earth should that mean it is not real…’ (We’re so sure JKR added this bit to fill the Hogwarts-letter-shaped hole in our hearts *sniffs*) or, you know, just Avada kedavra their face off your friend’s list. You don’t need that kind of negativity in your life. Happy Harry Potter-ing!

Now we are on Telegram too. Follow us for updates
TAGS
JK Rowling